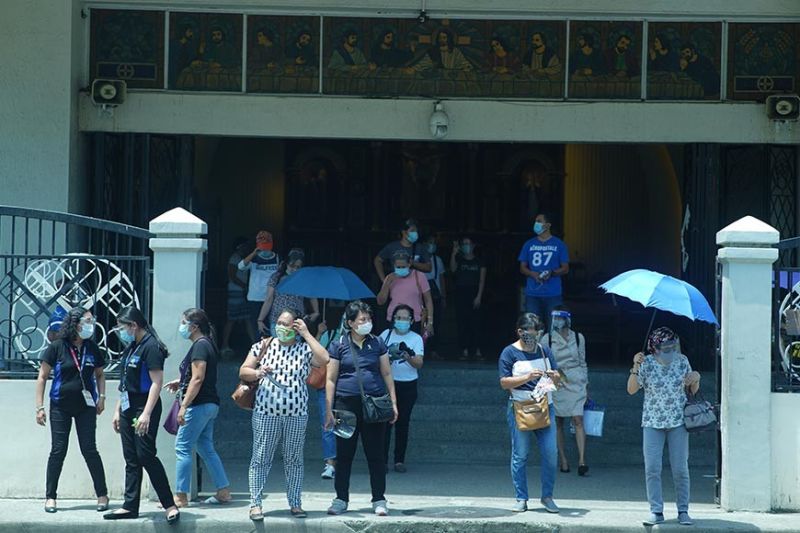 In a statement issued on Wednesday evening, September 15, the City urged the public to be vigilant against terrorism. This after Japan's Foreign Ministry issued a statement of a possible terror attack in Southeast Asia, including the country.

According to the City, the attack targets areas of religious convergence such as churches, mosques, and other religious establishments and public convergence.

(We are appealing to our various religious groups in the city to strengthen their security measures to avoid being infiltrated by terrorists.)

Religious followers are also reminded to stay alert for suspected individuals wearing jackets, carrying backpacks, and other items that might hide explosive items.

The City also warned of possible terror attacks in public markets, vaccination sites, hospitals and malls in the city.

(When going to these places, avoid bringing a backpack or wearing jackets to avoid security inspections.)

The City Government had existing policies against bringing backpacks and wearing jackets in public places and those covered under the maximum security zones, including San Pedro Street and Roxas Night Market.

The City Government reminded the public to immediately report to security authorities for any information on any terrorist activities or any suspicious individuals.

Meanwhile, Task Force Davao Commander Darren Comia said they have not received any intelligence report of a possible terror attack in the city.

Comia, however, said they are taking these reports seriously.

He said the Davao City security cluster conducted an emergency meeting, wherein they assured that they are strengthening their security measures to ensure the safety and security of the city.

The Task Force official said, prior to the report from Japan, augmented additional checkpoints in areas passable by motorists, including bypass roads.

He also said they are strengthening their checkpoints in downtown areas.

"Ito yung mga currently undertake natin. (These are our current undertakings.) Notwithstanding of course our continuous intelligence monitoring not only from within but also coming from the regions outside Davao City," Comia said.

He added that terror attacks in the city are likely to happen considering it is the hometown of President Rodrigo Duterte.

Kraft said the city's threat level is at "Alert Level 3” as it is near the border of Central Mindanao, wherein there is a reported presence of armed groups linked to the Islamic State of Iraq and Syria (Isis).