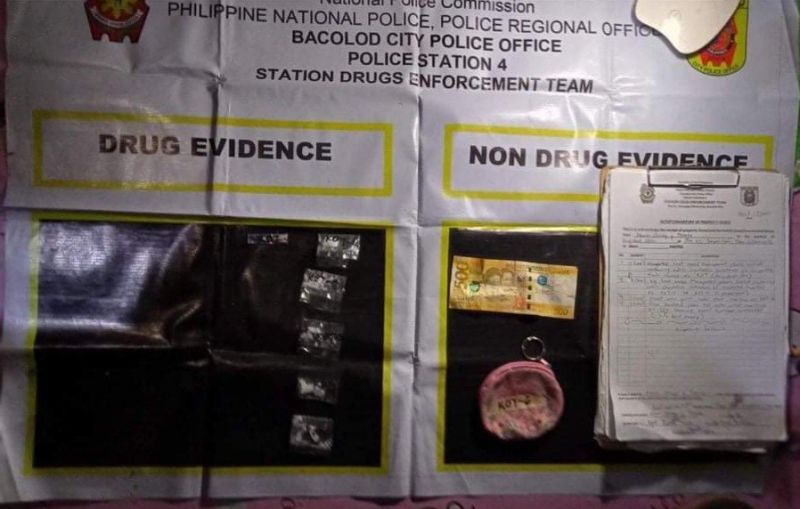 BACOLOD. An estimated P50,000 worth of suspected shabu was seized in a drug bust in Barangay Villamonte, Bacolod City Wednesday, September 15. (Contributed photo)

AN ESTIMATED P50,000 worth of suspected shabu or methamphetamine hydrochloride was seized in a drug bust operation by operatives of Police Station 4 in Purok Bayanihan, Barangay Villamonte, Bacolod City around 8 p.m. Wednesday, September 15, 2021.

The operation also led to the arrest of alleged illegal drug peddler Kevin Omay, 28, of the barangay.

Six sachets of the banned substance weighing approximately 7.3 grams, the P500 used as marked money and coin purse were recovered from his possession after his arrest.

The suspect was detained at the custodial facility of Police Station 4.

He will be charged for violation of Republic Act 9165 or the Comprehensive Dangerous Drugs Act of 2002.