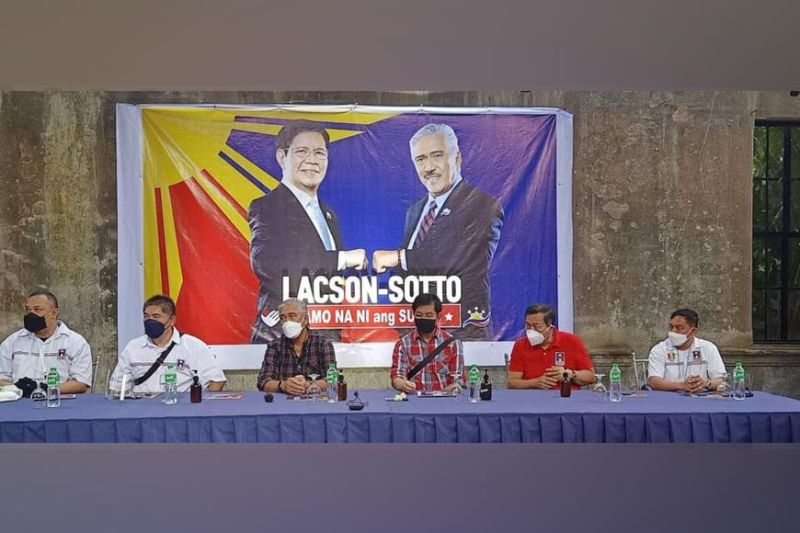 SENATE President Vicente Sotto III and Senator Panfilo Lacson are upbeat to get the support of Negros Occidental Governor Eugenio Jose Lacson in their bid for president and vice president, respectively.

The tandem, in a press conference at The Ruins in Talisay City Thursday, September 16, 2021, said they are hoping for the endorsement of the top official of the province.

Sotto, who is the chair of the Nationalist People's Coalition (NPC), said he has not yet talked to Governor Lacson, who is his partymate.

He learned that the governor is still awaiting the official endorsement of their national party as to whom to support for president and vice president in the 2022 election.

Sotto said the father of the governor is his good friend.

He revealed that there is an ongoing talk between the leaders of NPC, Partido Reporma chaired by Senator Lacson, and the National Unity Party for a possible alliance.

The two officials arrived in Negros Occidental to check on the impact of the coronavirus disease (Covid-19) pandemic in the local economy of the province, including the highly urbanized Bacolod City.

They also visited Iloilo City. This is Lacson and Sotto’s first tour in the Visayas.

On the possibility of endorsing candidates in Bacolod City, meanwhile, Sotto said both Mayor Evelio Leonardia and former Negros Occidental Third District congressman Alfredo Benitez, who is expected to run against each other, are his friends.

"This is really a problem," Sotto said, referring to the mayoralty race in Bacolod since Benitez is his longtime friend while Leonardia is his “kumpadre” and partymate.

For his part, Senator Lacson said they do not want to intervene between Leonardia and Benitez, especially that the two are their friends.

They have their own local competition, which is different at the national level, he said.

Senator Lacson said part of his advocacy is to disperse the national budget to the local government, especially in the countryside.

He said that the national budget next year is expected to reach P5 trillion, but “if you look around, not only in Bacolod City or Negros Occidental, when you go around the country, you cannot see the supposed development in the countryside."