Gordon hits back at Duterte 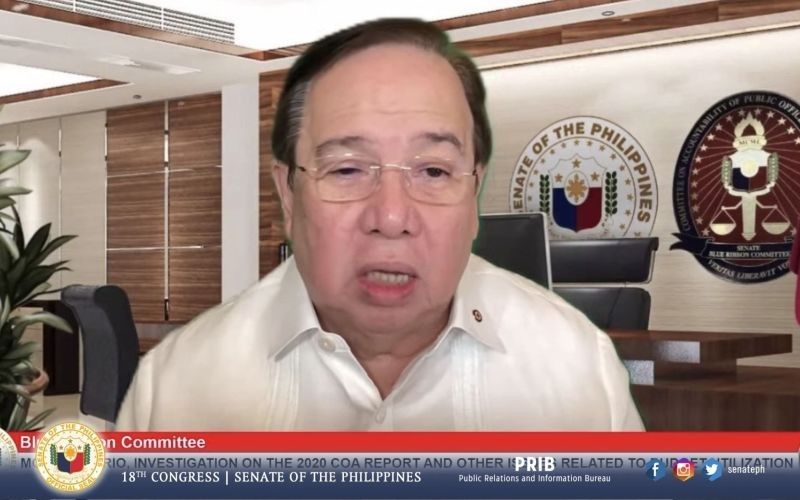 AN EMOTIONAL Senator Richard Gordon on Friday, September 17, 2021, hit back at President Rodrigo Duterte, saying he is "not a President the Filipino people can respect."

“Mahirap kayong tangkilikin, Mr. President, because you do not act like a President. Today I tell you, you are not a President the Filipino people can respect. Nobody talks to you in international conferences kasi nauuna ang reputation nyo na mapagmura at talagang sinasabi ninyo na kill kill kill,” Gordon said during the resumption of the Senate inquiry into the Commission on Audit (COA) report that flagged the deficiencies in the use of coronavirus disease 2019 (Covid-19) pandemic response funds of the Department of Health (DOH).

Gordon, chairman of the Senate blue ribbon committee, urged Duterte to stop defending people implicated in the matter and let them finish their investigation.

Gordon said that while there may be no overpricing in the procurement of Covid-19 supplies, he was certain that there was fraud, wastage of public funds and abuse of authority.

Gordon denied the accusation of Duterte that the Senate was “bullying” government officials and other resource persons invited to the hearing.

Unfazed by the attacks against him by Duterte, Gordon said he will not stop or divert the investigation.

He also denied that he is doing the investigation in aid of his political plans for the upcoming national elections. He said he will likely not run for any position in the 2022 elections. (SunStar Philippines)