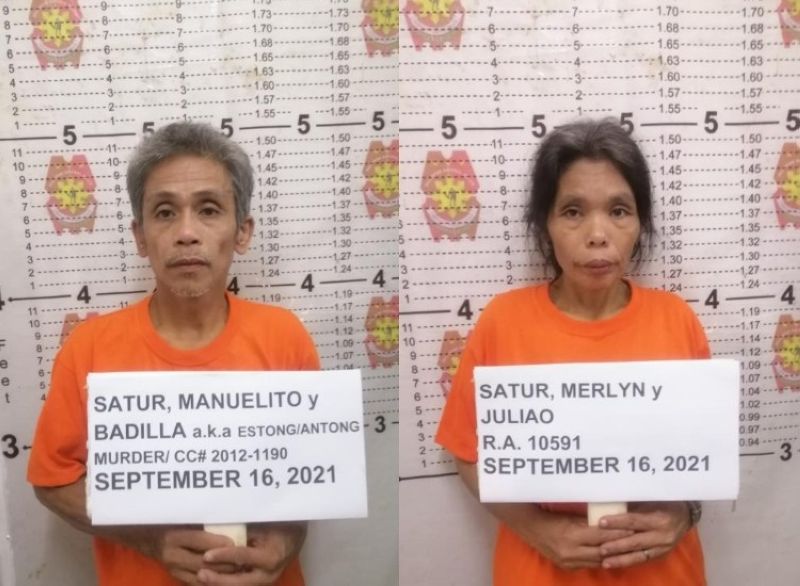 According to the authorities, both of them belong to the most wanted persons with standing cases of three counts of murder and frustrated murder.

Other arrested individuals were Fidel Guinahon Romania alias Johnson and Floramae Llagas Domo alias Sayros, both of whom are medical staff of SRC1, NCMRC.

Recovered from them were one M4 rifle, one M203 grenade launcher, one caliber 45 pistol with magazine loaded with ammunition, 40 mm grenade, 13 cellphones, power bank, SD cards, and subversive documents.

Lieutenant Colonel Ricky Canatoy, commanding officer of the 58IB, expressed his gratitude to the residents of Barangay Alagatan, who reported the presence of members of NPA in their area.

"This is a major setback for the group as its top leader and others were caught, based also on the standing warrant of arrests. With the capture of their leader, we expect the remaining members of SRC1 to willingly return to the folds of the law in the coming days. SRC 1 will eventually collapse, and it's only a matter of time," Canatoy said.

"Certainly, the remaining CNTs have low morale since they are constantly on the move, and our troops are always conducting operations," he added.

The four NPA rebels were brought to the 58IB headquarters for the antigen test. Canatoy said they will schedule the Covid-19 vaccination of the arrested rebels.

"My message to the remaining remnants of SRC1, you should not wait for the day when you, would be apprehended, like your commander, or worse, meet with the forces in an encounter and get killed. Please don’t wait for this day. All you have to do now is return to the folds of the law and not listen to the propaganda of your leaders," Canatoy said.

"You can always approach your trustworthy local government official or the Army to express your submission to the government, and we will ensure that you will not be harmed nor killed, and that you can instead take advantage of the E-CLIP benefits and start living a worry-free life with your family. Especially now that the holiday season is approaching, it is always nicer to be with your families, despite the pandemic," he added.