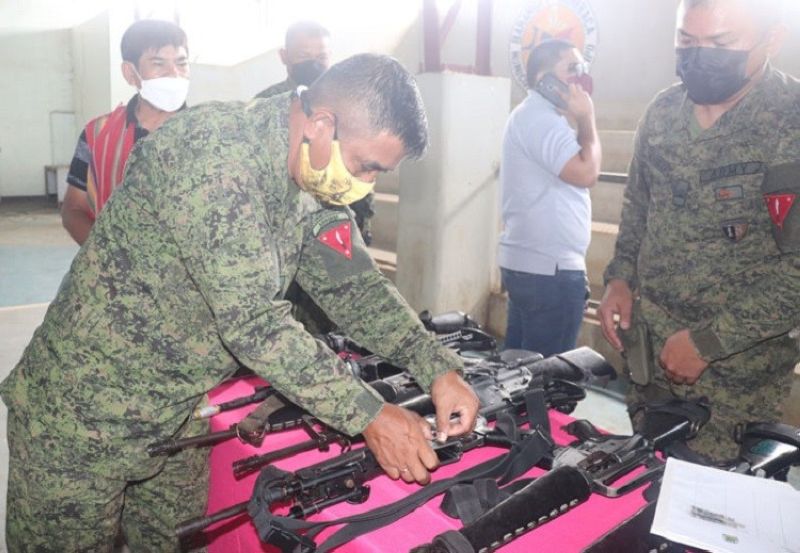 THE Army’s 18th Infantry Battalion (IB) in collaboration with the municipal government of Tipo-Tipo in Basilan province facilitated the ceremonial stenciling and inventory of 229 assorted loose and unregistered firearms.

Abutin said firearms are owned by residents from the 11 villages of Tipo-Tipo municipality.

“The (stenciling and inventory) is in relation to the Small Arms and Light Weapons (SALW) program that we successfully implemented here in Basilan,” Gobway said. “The stenciling is done to determine the serial number of the firearms for documentation purposes.

“This is a good move to gain the trust and support of the people,” Ponio said.

All the firearms were returned to their respective owner after the stenciling and inventory. (SunStar Zamboanga)