Hospitals urged to support call for release of allowances 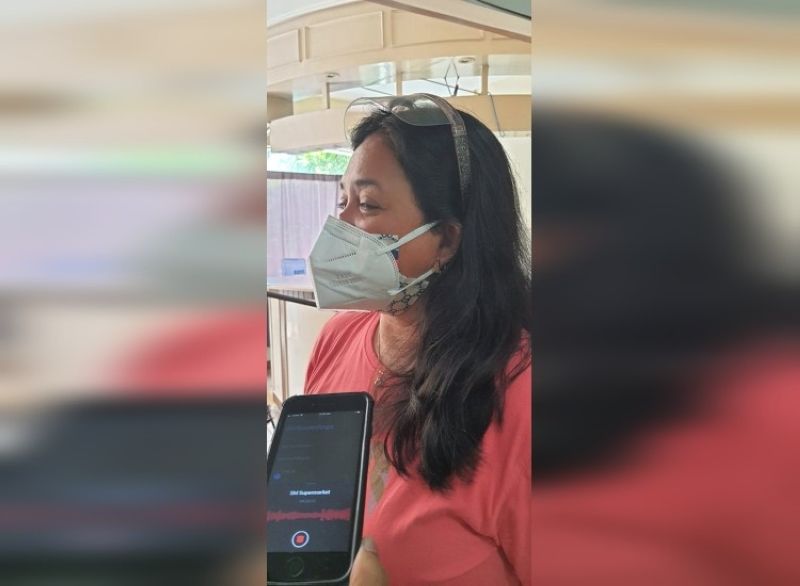 BACOLOD. Nurse Honeyleen Casumpang expresses dismay on the non-release of their benefits and is planning to have an early retirement. (APN photo)

This was the appeal of Noli Rosales, coordinator of the National Labor Union and one of the convenors of the Medical Front Liners Alliance of Negros (MFLAN), to the management of various hospitals in Bacolod City.

Rosales made the appeal five days ahead of their scheduled protest action on Tuesday, September 21, against the non-release of their special risk allowance, as well as meal and transportation allowances by the national government and the Department of Health.

Rosales, in a press conference at the Negros Press Club Friday, September 17, 2021, said the health workers, who will be joining the mass action, will wear their personal protective equipment as they marched down Bacolod’s main thoroughfares.

This is to dramatize the “deplorable state” of health workers, especially in Negros Occidental as the country and the whole world continue to battle against the coronavirus disease (Covid-19), Rosales said.

“This is not just our problem but everybody else’s because if the health workers quit their jobs many will be affected,” he said.

Aside from the health workers at the private hospitals, Rosales said they are also expecting the participation of some employees from the government-run Corazon Locsin Montelibano Memorial Regional Hospital (CLMMRH) in the protest action.

Rosales earlier told SunStar Bacolod that a mass resignation will occur among health workers in the province if their benefits will not be given.

Among those who will be joining the protest action on Wednesday is Honeyleen Casumpang, a pediatric nurse for 15 years at a private hospital in the city.

Casumpang said they were expecting to get their P5,000 benefits in full as promised by the national government for the 22-day service they rendered.

To their dismay, they only received P227, the nurse said.

She said the national government should have at least treated them with decency because they are handling Covid patients and exposing themselves and their families to danger brought by the disease oftentimes.

A mother of two, Casumpang is not happy anymore with her work and may retire from service early.

At present, MFLAN has no concrete data as to how many health workers have been infected by Covid or how many have succumbed to the disease.