Leading, succeeding in a man's world 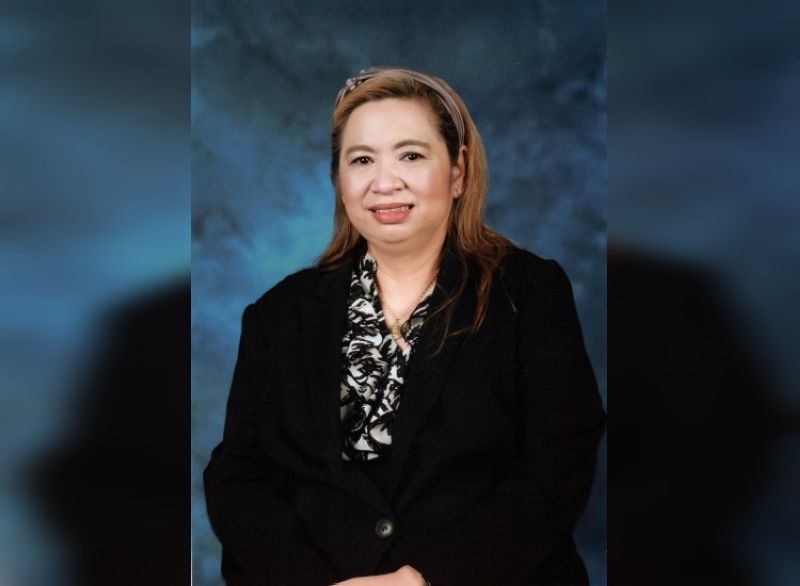 FOR a woman to live in a perceived "man's world" is already a challenge in itself. But rising from the ranks and eventually leading this world is what makes her exceptional.

Janet Dalisay-Fabrero, who joined the Department of Justice (DOJ) on January 1, 2001 as assistant provincial prosecutor for the Province of Davao del Norte, is now leading the Regional Prosecution Office-Davao Region, marking her 20th year serving as a prosecutor of the department

"During my entry as prosecutor, lady prosecutors were still unpopular. The duty was so masculine and culture-dictated that it used to be more of a man's world. This was the first challenge I had to face, proving that I have the stamina, the strength, and determination to cope with the stressful day-to-day activities in court," Regional Prosecutor Dalisay-Fabrero recalled, adding that this is aside from the inadequate financial rewards at that time.

She said being a prosecutor for her is a blessing as it is an instrument in the "administration of justice and bring the offenders behind bars through conviction."

But the process did not usually go unhampered.

"The voluminous caseload at the time was not only disappointing but also frustrating. The lack of prosecutors and judges was not appropriately and urgently addressed then. Only a few prosecutors manned the prosecution offices in the region. As a result, determination to win cases was oftentimes confronted with delays. This caused lack of cooperation and interest from the complaining parties and witnesses. Efforts exerted for months and years were usually in vain due to the delay in administration of justice," she narrated, adding that these challenges made her feel hopeless, which already affected her physically and mentally.

This is aside from the death threats and other threats to security she faced while doing her duty. She acknowledges that she is not alone receiving death threats, but also judges and Public Attorneys Office (PAO) lawyers. She is grateful that a bill is now pending for survivorship benefits and hazard pay for the prosecutors.

"Having served as a trial prosecutor in Davao del Norte and chief city prosecutor for the City of Panabo for 15 years, threat was something I had to live with. Handling criminal cases is crucial because from the stage of preliminary investigation, finding of probable cause and filing of the case in court, the scenario would necessitate two opposing parties with only one claim or defense is favored. Personal grudge is expected. Some would take it personally against a prosecutor and would resort to violence, force and intimidation due to frustrations," she said.

She recalled a time while discharging her duties, she was a passenger of a vehicle driven by her co-prosecutor. They were followed by motorcycle-riding persons from Davao City to Panabo and back to Davao City on several occasions during the peak of extrajudicial killings.

There was also an incident of a gunshot explosion inside the courtroom when one prosecutor accidentally pulled the trigger while it was being presented in court as evidence. It was unknown to everybody that the gun was loaded.

She admitted that she feared for her life and family, but prayers helped her overcome these fears. As a public servant, she came to accept that threat is part of her job.

In 2005, she was appointed to the position of chief city prosecutor of Panabo City. At that time, she was the first female prosecutor appointed as chief of one of the field offices of the National Prosecution Service (NPS) in Davao Region.

As the Davao Region's regional prosecutor, she wrote history for the National Prosecution Service (NPS)-Davao Region.

"With the active support and the teamwork together with the chief prosecutors in Region 11, the Region got the No. 1 slate for the best performing region for DOJ-NPS in 2018 for obtaining highest disposition of cases, aging and convictions nationwide," she announced.

Amid the accomplishments her office achieved, she is still aiming to fulfill the mission statement of the DOJ-NPS as "the vanguard of the rights of the people through ethical, impartial and efficient investigation and prosecution of criminal cases."

She aims to propel, instill, and promote commitment and dedication of all the prosecution offices in the region to the fulfillment of this mandate. Hence, through teamwork and hard work, the chiefs are working hand in hand to improve the quality and delivery of service of the NPS-Davao Region.

Aside from her duties as prescribed by law, her being as a regional prosecutor heads the Regional Anti-Trafficking Task Force-Davao Region and the chairman of the Inter-Agency Council Against Trafficking (IACAT) Onse. She is also the Regional Implementer for the Witness Protection Security Benefits Program (WPSBP) and the regional coordinator for the DOJ's Board of Claims in Davao.

She is also a professor at the College of Law of the Rizal Memorial Colleges and for 20 years, from 1998 to 2018, she also worked as a professor at the Ateneo de Davao School of Business and Governance and Certified Public Accountant board reviewer for Business Law.

One of her favorite words of wisdom is from Helen Keller: "It is for us to pray not for tasks equal to our powers, but for powers equal to our tasks, to go forward with a great desire forever beating at the door of our hearts as we travel toward our distant goal."

For her, rising from the ranks and succeeding in all life's challenges is all about determination to achieve one's goals, love for work and one's self.

"Life may be a series of tests, but the answers are within us. Personal battles are won by engaging the right wisdom in the right moment. Best of all, wisdom does not come from information or outside opinion as I believe we hold the power to influence our circumstances simply by listening to ourselves," she said.