SPMC's ER to cater only to moderate, critical Covid-19 patients 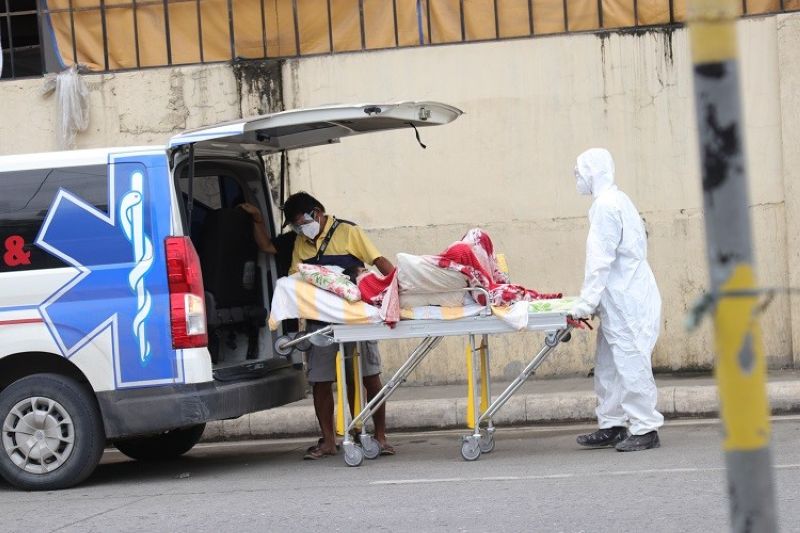 DUE to the influx of Covid-19 patients that maximized its hospital beds, the Southern Philippines Medical Center (SPMC) will only be catering to moderate to critical Covid-19 cases to its emergency department.

In an advisory posted on its official Facebook page on Friday, September 17, 2021, SPMC advised those with mild cases to coordinate with the One Hospital Command Center for them to be accommodated.

"Non-Covid-19 cases will only be urgent and emergent cases," SPMC said.

In addition, the hospital has a policy of "no coordinated referrals, no transfer."

As of September 15, both SPMC's 103-bed intensive care units (ICU) and 517 ward beds have been fully occupied.

From September 5 to 10, both beds have also been fully occupied.

The hospital, which is the main Covid-19 referral hospital in Davao Region, had expanded its bed capacity for Covid-19 patients for the past few days.

SPMC Chief Dr. Ricardo Audan said they decided to limit the patients they cater to decongest the hospital.

(Our emergency department had been catering to some mild and asymptomatic Covid-19 patients. This is why we prefer to cater to moderate to critical patients temporarily. In that way, we can decongest our hospital.)

The hospital official also said they are already fixing the automated extraction machine of the SPMC Molecular Laboratory.

The molecular lab can process around 3,000 swab samples from Davao City and other parts of Davao Region.

Audan admitted that their machine experienced technical issues due to consistent use.

With this, the hospital can only manually process around 600 to 1,000 swab samples from SPMC and Davao City.

(Majority of our LGUs send their samples to us. We apologize for this. But we already called our supplier September 16.)

Audan said in a recent interview that the hospital is experiencing a large influx of patients waiting to be admitted due to a surge in cases in the city.

The official recently attributed it to the detection of the highly infectious Delta variant, of which its total number rose to 94 as of September 13.