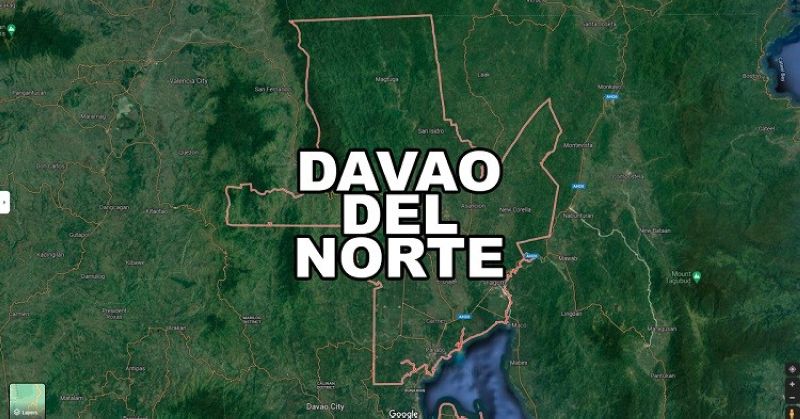 DAVAO del Norte continues to experience a surge in Covid-19 cases, with more than 800 cases recorded in a week.

Davao del Norte Provincial Health Office (PHO) Head Dr. Alfredo Lacerona said in a virtual presser that the province had experienced a surge in cases, based on the recorded cases in the province over a certain period of time.

Prior to the surge, he said the province only recorded 352 new cases in August 2021.

During the first week of September, new cases reached 408 for a week.

The official said the province, for the second and third week of September, already reached 697 and 868 new cases in a week, respectively.

"Ingon ana ka paspas ang saka sa atong cases sa (That is how fast the rise of cases in) Davao [del] Norte," Lacerona said during the One Davao on Covid-19 virtual presser.

The health official said this is likely due to the emergence of the Delta variants in the area.

The Department of Health-Davao Region (DOH-Davao) reported on Monday, September 13, an additional 10 Delta cases from Davao del Norte, bringing the total to 20. Majority of the specimens were from Tagum City.

He said they are intensifying their contact tracing efforts. With an average of 100 daily cases, he said it is not a simple task at hand.

With a surge in cases, he said the hospital utilization is now overwhelmed, as seen at its main Covid-19 referral hospital -- the Davao Regional Medical Center (DRMC).

Based on the DOH-Davao bed capacity status, the province had a total of 26 out of 51 beds occupied, while 35 of its 60 intensive care units (ICUs) were utilized, and 85 out of the 131 isolation beds were occupied.

Due to the full occupancy of its tertiary hospitals, including DRMC, Lacerona said Governor Edwin Jubahib ordered provincial hospitals to accommodate only moderate patients.

He said they were able to prepare its provincial hospital in terms of oxygen tank supplies, having reserved 5,000 tanks.