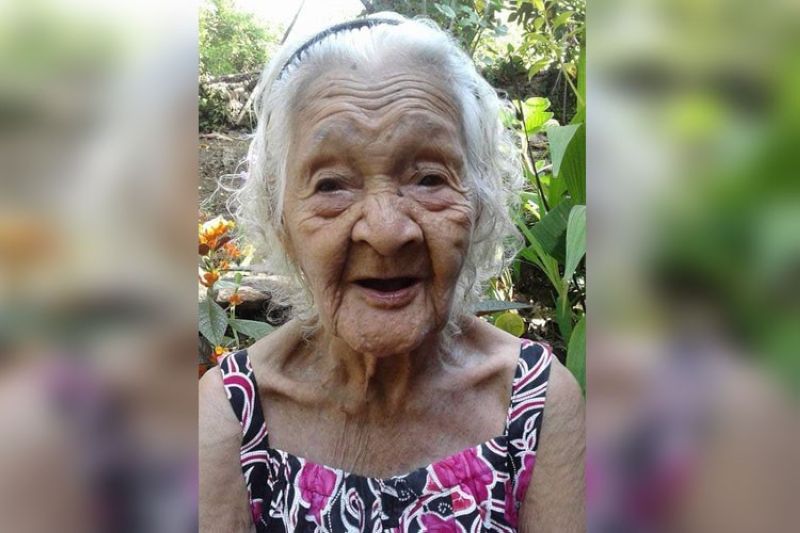 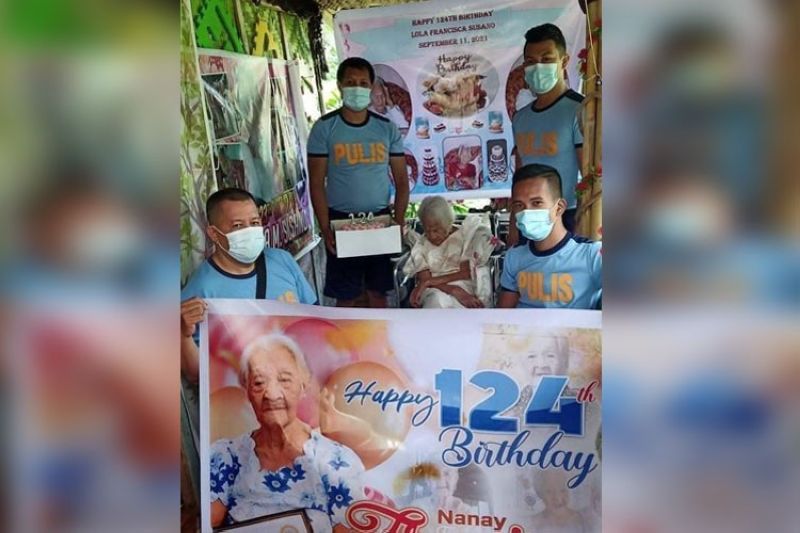 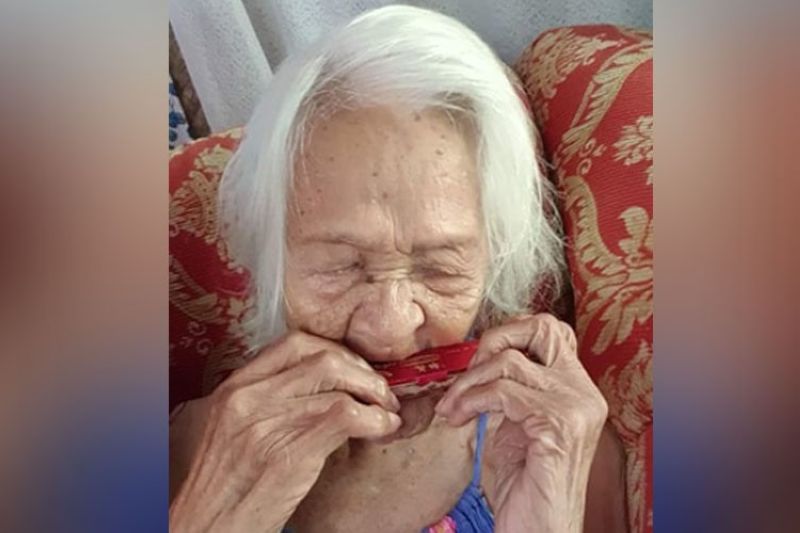 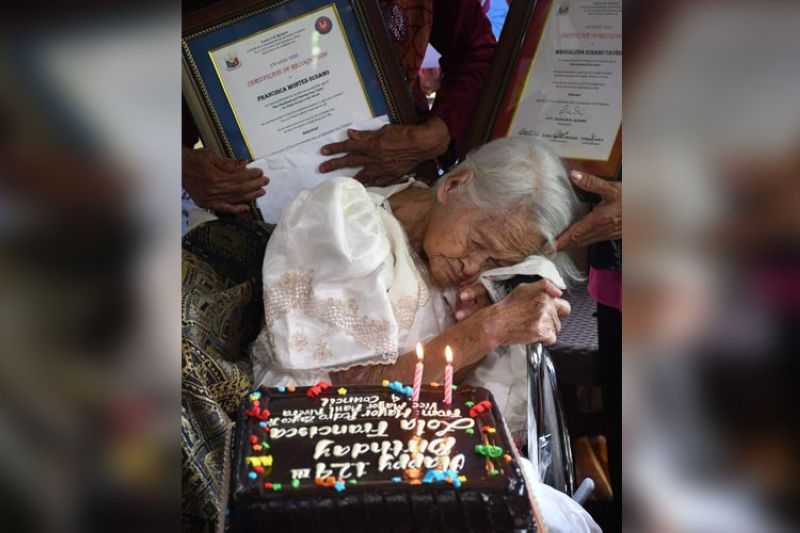 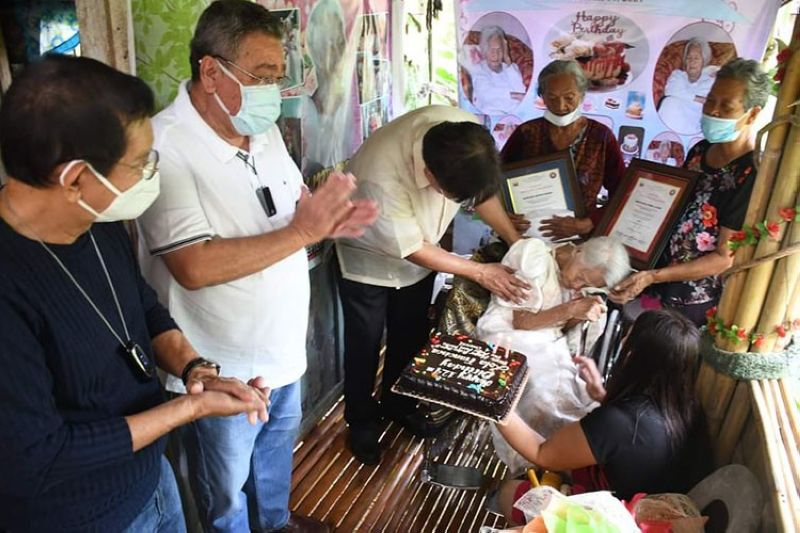 What an amazing age for a super centenarian woman from Barangay Oringao in Kabankalan City, Negros Occidental, who blissfully reached 124 years last September 11, 2021.

The human race is believed to be shaking their heads as to what were her secrets to reaching such an old age.

Francisca Susano, or Lola Isca, has exclusively enjoyed an amazing gift of life from the Almighty Father for reaching a record-breaking age for a human being, striking her more than a century old age.

She was born in 1897 before the declaration of Philippine Independence and is a living witness to the ugly situations caused by World Wars I and II.

She witnessed an important stage in the history of the Philippines over the past century as she is even older than the age when the Philippines gained her independence from the rule of Spain.

She and her husband were blessed with 14 children and one of them also reached 101-years old.

Commissioner Franklin Quijano, of the National Commission of Senior Citizens, honored the oldest human being known so far in Negros Occidental and in the Philippines with presents such as bouquet, plaque of recognition, P10,000 in cash, and a manager's check worth P24,000.

The certificate of recognition was given to Lola Isca for having achieved the healthy and adored age of 124 “for being the oldest living person in the world.”

Lola Isca's secret to longevity was her customary consumption of ''laswa'' or an Ilonggo boiled vegetable soup. Her other secrets -- always staying happy and playing her harmonica.

Lola Isca, who is believed to be the oldest living person in the country and even in the world and the best human representation who inspired discipline in her choice of food and profoundly values love and peace in herself, her family, neighbors, and circle of friends.

Commissioner Quijano took the time to see Lola Isca and extended her the love and appreciation coming from the government and fellow Negrenses.

Kabankalan City Mayor Pedro Zayco and Vice Mayor Raul Rivera also surprised the oldest woman with a birthday cake that beamed her face when she received it. They also provided her with medical supplies, vitamins, and groceries.

The birthday celebrant also received a wheelchair from the Provincial Health Office of Negros Occidental through Governor Eugenio Jose Lacson.

This is on top of another wheelchair, vitamins, face shields, dusters, and blankets given by a team from the Department of Health (DOH) headed by Dr. Elizabeth Altamira.

Commissioner Jorge Largado of the National Commission on Indigenous Peoples (IP) also personally greeted Susano, who is a member of an IP community in the village.

Also present at the celebration were City Social Welfare and Development Officer Adelina Tomaro, personnel of the City Health Office, and some barangay health workers.

The birthday treats for Lola Isca continued to pour as members of the Kabankalan City Police Station personnel and 604th Regional Mobile Force Battalion (RMFB) Region 6 also prepared a surprise for her.

They brought with them a tarpaulin and a cake and they sang a happy birthday song for Susano while approaching her at their house's balcony.

"We are hoping for good health and happiness for her," the police station said, adding that "may she continues to inspire us and give us hope that the human spirit will continue to strive and endure anything that comes no matter what the odds are."

Lola Isca is believed to be older than Kane Tanaka of Japan who is 117 years old.

Though, there's no official declaration yet from the Guinness Book of World Records declaring Lola Isca as the oldest living person in the world as it still needs more evidence.

Upon celebrating her recent birthday, she widened the gap between her Tanaka, who was born on January 2, 1903.

The oldest person recorded so far was Jeanne Calment of France who was 122 years and 164 days old when she passed away in 1997.

He said that the country should consider those like Lola Francisca Susano as national treasures. (CNC)