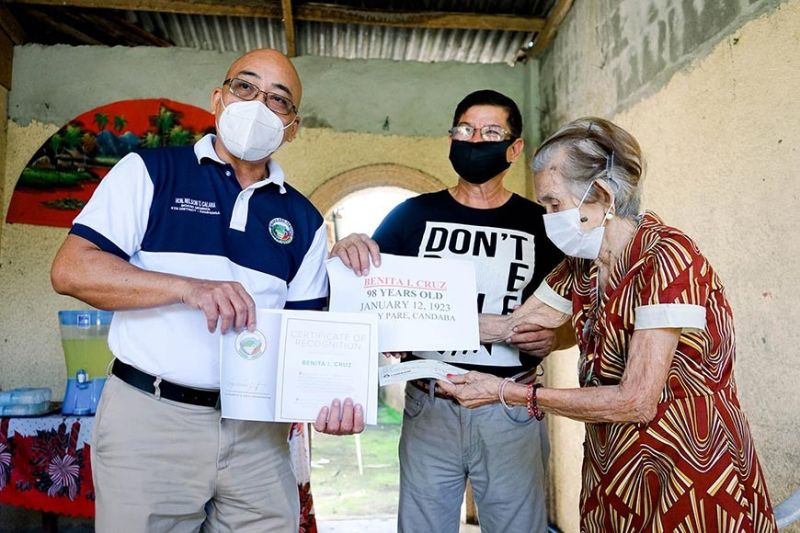 INCENTIVE FOR THE ELDERLY. Board Member Nelson Calara awards the certificate of recognition and P100,000 check incentive to 98-year-old Benita L. Cruz of Bahay Pare in Candaba town. (Pampanga PIO)

SEVEN citizens aged 95 and above from Candaba town received cash assistance from the Provincial Government of Pampanga as part of the incentive program for seniors.

Some 700,000 were given out to the seniors. The Provincial Social Welfare and Development Office along with board members Nelson Calara and Gabby Mutuc led the distribution of P100,000 to senior citizens enrolled in the Provincial Government's one-time cash incentive program.

The said cash gift is part of the privileges and benefits provided by the provincial government to senior citizens under Ordinance No. 683. This program was implemented by virtue of provincial Ordinance 683, series of 2014, or “An Ordinance Enacting the Senior Citizen Code of the Province of Pampanga.”