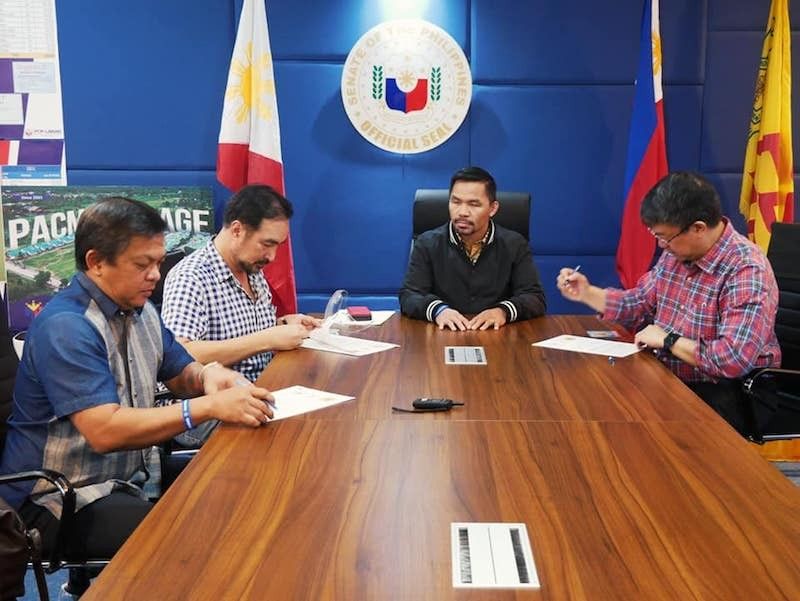 The Promdi, which comes from the phrase “from the province,” is a political party founded by the late Cebu governor Emilio Mario Osmeña.

The PCM is a local party formed by Pacquiao’s siblings in Sarangani province.

The Pimentel-Pacquiao faction of PDP-Laban is holding its national assembly Sunday afternoon, September 19. Pimentel's father, the late former Senate president Aquilino Pimentel Jr., was one of the co-founders of the party.

The Alfonso Cusi faction of the same party, which is chaired by President Rodrigo Duterte, earlier held its own national assembly and nominated Duterte as vice presidential candidate for the May 2022 elections.

The group has not formally named a presidential candidate, but has floated the name of Senator Christopher Go, Duterte's former long-time aide.

The Commission on Elections (Comelec) en banc has yet to decide which faction to recognize for the 2022 elections, but spokesperson James Jimenez said the conflict will likely continue and reach the Supreme Court. (Marites Villamor-Ilano / SunStar Philippines)