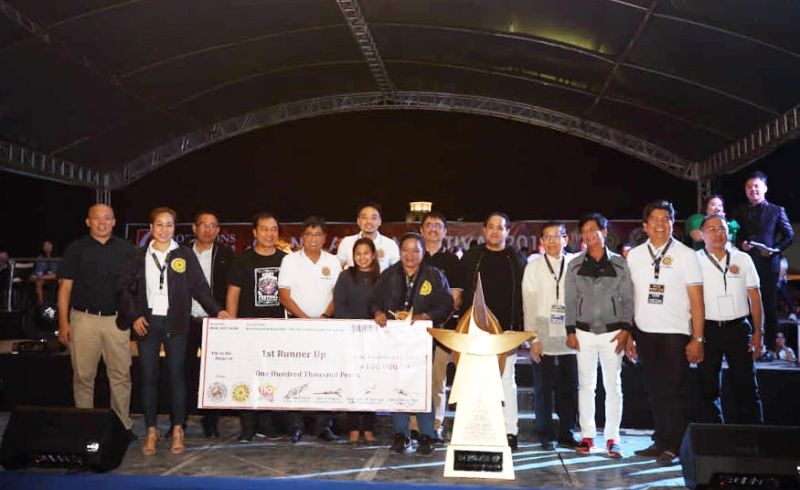 THE once male-dominated "Ligligan Parul" of the City of San Fernando, Pampanga is expected to be a celebration of female skills and talents as two new members of giant lantern teams will showcase their craft and creativity in the world-renowned, 113-year-old Giant Lantern Festival (GLF) this coming December 16, 2021.

"This year, there are female workers among our participating barangays which will highlight the traditionally male-dominated festival, an added feature to the continuous efforts in improving the previous edition," Pangilinan shared.

In 2018, Maryanne Torres was recognized as the first-ever female member of the giant lantern-making industry. That year, Torres created Barangay San Jose’s entry that bagged the first runner-up trophy. She led the 19-man team of the village with highly skilled head electrician Marcelino Ambrocio and rotor maker Rolando Ambrocio.

Torres was the only rose among the 10 master lantern makers, including four-peat winner Teddy Aguilar, Rolando Quiambao and Ernesto Quiwa and Arvin Quiwa of the prominent giant lantern-making clan.

She has been a part of the second generation of lantern makers in the family. Her father, the late Cesareo “Deo” Sason, started the lantern-making tradition in the 60s and was the long-time lantern maker of the podium-finishing entries of Barangay San Jose.

Pangilinan said as the "Ligligan Parul" goes online again on several platforms in 2021, the GLF Foundation, executive committee and other partners of the City Government are looking at more innovations and improvements to make the spectacle of lights, colors and music deliver its message of hope and resiliency across the world.

"We are looking forward to more improvements on the digital version from last year’s success,” Pangilinan said, adding that the GLF will have to be shown on various digital platforms.

The City of San Fernando continues to promote and implement safe tourism amidst the current global health crisis.

The "Ligligan Parul" will be live-streamed on regional TV network CLTV 36, and committee-managed Facebook pages and other video sharing platforms, Pangilinan added.

Robinsons Starmills Pampanga, the usual venue for the main show and exhibitions, will not be open for physical audiences as everyone is encouraged to watch at the comfort of their homes. While the organizers have yet to issue guidelines, exhibition days will be exclusively for drive-in audiences and no walk-ins will be allowed.

Culture and tradition must go on

Mayor Edwin Santiago, who leads this year’s committee as honorary chairperson, along with Vice Mayor Jimmy Lazatin as honorary vice chairperson and Roberto Hizon as chairperson, said culture and tradition must go on despite the raging coronavirus crisis.

For his part, Hizon said despite the City Government’s focus on funding its Covid-19 response, funds are still provided for the creation of giant lanterns. These will be used along with the help of private-sector partners and sponsors led by the Robinsons Land Corporation.