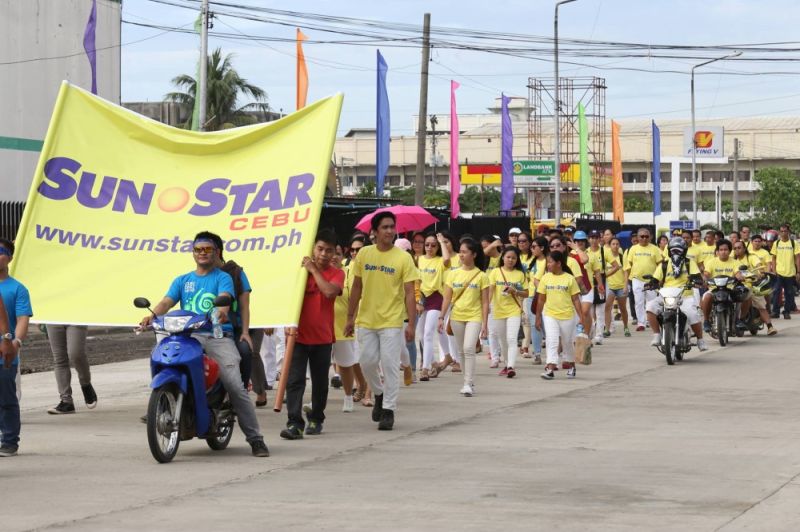 You shall not pass. Cebu Press Freedom Week is an iteration of unfading standards of ethical communicators: verify the information, do good, minimize harm, speak for the voiceless and the powerless, and oppose the abuses of power. (Cebu Press Freedom Facebook page)

CONTEXT is THE story.

Launched last Sept. 19, the 29th Cebu Press Freedom Week (CPFW) is observed until Sept. 25 this year. Since 1984, the Cebu media and partners in civil society hold the CPFW on the week when Sept. 21 falls.

Sept. 21, 1972 is a turning point in the country’s history. Proclamation No. 1081 was signed by then President Ferdinand Marcos, formally proclaiming martial law in the country.

Proclamation No. 2045 officially ended martial law on Jan. 17, 1981. Marcos, though, continued to exercise the power to pass decrees, according to the officialgazette.gov.ph.

The continuing relevance of Sept. 21, 1972 as an impetus to uphold and defend democracy drives many sectors in Cebu to observe the CPFW.

While journalists drew together as a collective in 1984 to bring to the public the importance of press freedom and freedom of expression, civil society institutions have joined for years the CPFW activities on media advocacy and media literacy to hammer home that citizens share the stake to make democracy work.

Last year, the coronavirus disease (Covid-19) pandemic and the community quarantines resulted in the virtual observance of the CPFW.

The 28th CPFW is significant not just for transferring the past years’ face-to-face seminars and other activities engaging the media, citizens, and other stakeholders to the virtual platform.

Dependent on advertising, mass media companies reel from the pandemic and the consequent recession. As reported by Wenilyn B. Sabalo in SunStar Cebu on Sept. 20, 2020, media heads revealed the ongoing struggle of companies to operate since the downturn suffered by the business sector decreases advertising revenues and led to the retrenchment of media employees.

The economic struggle of legacy media or the trimedia trains the spotlight on citizens, who wield the powers once exclusively embodied by the mass media.

Mass-marketed communication devices and the digital portal enable the new storytellers, also known as netizens, bloggers, vloggers, social influencers, and all citizens active on the internet.

The challenge for communicators—whether print journalists, broadcasters or netizens—is to exercise freedom while being responsible and accountable to the public.

The essence of freedom is exercising the choice to do good for the majority, especially those who are powerless and vulnerable to the violation of their rights.

This message of Pope Francis to modern communicators was echoed by Rev. Fr. Jonathan Rubin, who celebrated the mass at the Sto. Niño Parish Church in Medellin, which opened the 28th CPFW.

The communicator’s responsibility is manifested by his or her readiness to be aware of the standards and principles in disseminating information. With virtually unlimited access to technology and audiences, netizens must practice self-regulation to avoid driving the circulation of misinformation and disinformation.

Conflicts in the arena of public discourse were exposed recently by netizens reacting to the interview of Marcos son Bongbong by showbiz entertainer and vlogger Toni Gonzaga.

In this age of new storytellers, tried and tested truths culled from legacy media storytellers still prevail. Context is the story, which emphasizes that the perspectives of many stakeholders illumine the bigger, more complex picture that is obscured when the focus is on a marginal or fictive aspect.

Framing reveals the stance of the supposedly neutral observer. The communicator’s choices of interviewee, topics covered, and the topics NOT covered destroy any claim to objectivity or impartiality.

As past and current CPFWs enshrine, communicators on any portal—traditional or legacy media and new media—share the stake of choosing to do what is good for the public and resisting abuse and impunity.