Zamboanga del Norte farmers get over P409,000 aid from DA-Saad 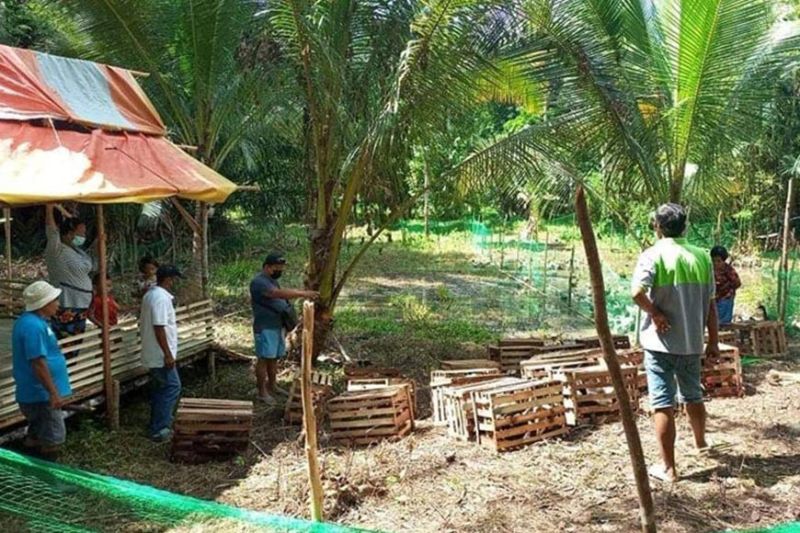 DUCK PRODUCTION. The Department of Agriculture-Special Area for Agricultural Development (DA-Saad) grants some P409,200 rice-duck production package to the Rizalina Farmers Association in Rizal, Zamboanga del Norte. A photo handout shows the recipients of the assistance setting up to release the ducks in their farm placed in wooden cages. (SunStar Zamboanga)

THE Department of Agriculture-Special Area for Agricultural Development (DA-Saad) has granted some P409,200 rice-duck production package to an association of farmers in the municipality of Rizal, Zamboanga del Norte.

Golis said they received 200 female and 20 male ducks and 40 bags of feeds. On March 12, they already received livelihood interventions of 15 bags of rice seeds and 30 bags of urea and complete fertilizer.

“With their profound unity and determination as a group to succeed, I am very hopeful that this project will surely go a long way. Someday the Rizalina FA (Farmers Association) will become a balut supplier in this community,” Golis said.

Primitivo Montano, the association president, has been very elated with the support given to them and is expecting their harvest of the rice project by next month.

“We are very grateful for these inputs that the DA-Saad has given us. We commit a hundred percent of our hard work in sustaining this project,” Montano said.

Golis said the DA-Saad is committed to providing quality services to its farmer-partners in support of the DA's twin goal #MasaganangAni at #MataasNaKita. (SunStar Zamboanga)