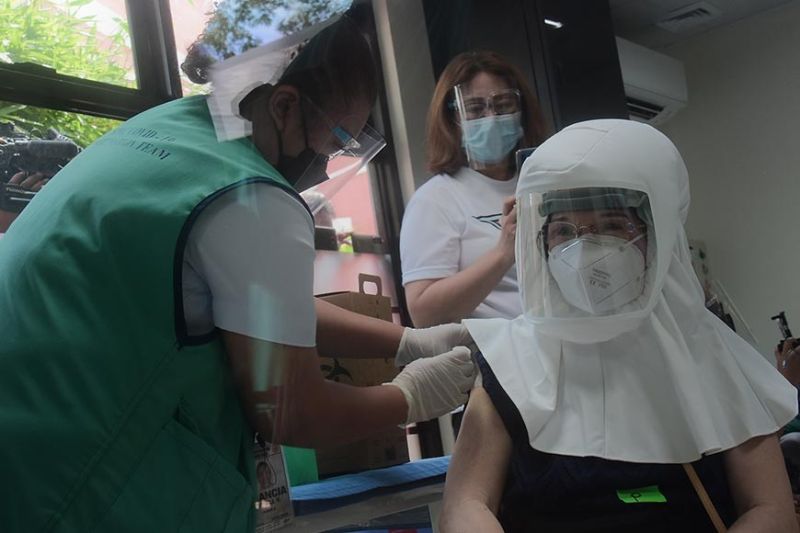 THERE are more than 420,000 Covid-19 fully vaccinated individuals in Davao City as of September 15, based on the data provided by the city’s Vaccination Cluster.

According to its record, a total of 421,852 individuals had been inoculated with the second dose of Covid-19 vaccine. This was more than 35 percent of the targeted 1.2 million herd immunity.

According to the breakdown, a total of 47,941 individuals were vaccinated under Priority A1 category or the healthcare workers, while 84,835 A2 (senior citizens) were fully vaccinated. Other sectors who were vaccinated are 131,040 A3 (persons with comorbidities), 137,836 A4 (essential workers), and 20,200 A5 (indigent population).

Meanwhile, 672,305 Dabawenyos already got their first dose of the vaccine. This was more than 56 percent of the targeted individuals to achieve herd immunity.

The City Government started its vaccination program in March 2021, days after the arrival of the first batch of Covid-19 vaccines in the city.

Davao City Mayor Sara Duterte-Carpio said in a recent interview that the city is targeting to reach herd immunity, at least for the first dose. She said the city had recently expanded its target daily vaccination to 15,000 to fast-track the rollout of the vaccines.

Duterte-Carpio had also urged the public to set aside their vaccine preference and have themselves vaccinated as the city is catching up with the rising number of Covid-19 cases in the city.

She also allayed fears of some, adding that the vaccine works and prevents them from getting hospitalized.

The mayor renewed her call for Dabawenyos to get vaccinated against Covid-19 after the majority of the newly recorded cases in the city are reported to be unvaccinated.

Of the 293 vaccinated individuals who contracted the virus, she said 148 received Sinovac shots; 72 had AstraZeneca; 62 got Pfizer, six with Moderna; four were jabbed with Johnson & Johnson; one had Sputnik.

Duterte-Carpio explained that the city rolled out more Sinovac vaccines, resulting in more individuals being given the China-made vaccine brand, thus logging more Covid-19 cases than the rest of the vaccines.

However, she said all of them only manifested mild symptoms or are asymptomatic cases.

Of the four deaths of vaccinated persons, two got the Sinovac vaccine while the other two received Pfizer. Some vaccinated individuals who either became severe or critical Covid-19 cases and eventually died usually had not yet received their second dose.

Meanwhile, the city had recently expanded its sectoral vaccination.

Gatchalian said over 25,000 workers are expected to be vaccinated during phase 2 of “Bakuna By Sea,” a collaboration between the local government and Waterfront.

The City Government also conducted a walk-in vaccination to 1,000 selected target sectors on Saturday, September 18, at People's Park, as part of its effort to vaccinate more Dabawenyos.

Around 1,000 members of the lesbian, gays bisexual and transgender community, including one family member each, were also vaccinated on Sunday, September 19.