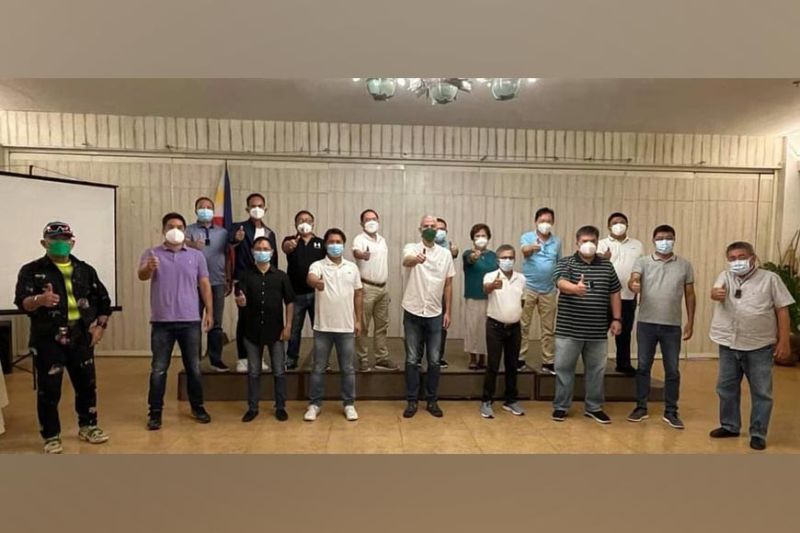 THE reelection bids of Negros Occidental Governor Eugenio Jose Lacson and Vice Governor Jeffrey Ferrer in 2022 have gained boost in a gathering attended by the members of Love Negros coalition Saturday, September 18.

Mayors John Paul Alvarez of Ilog, Miguel Peña of Pulupandan, Irene Montilla of Isabela and Gina Montilla of Sipalay City were not present at the event like Sixth District Representative Genaro Alvarez Jr.

Golez said he was personally endorsed by Lacson and former congressman Albee Benitez and congressman Kiko Benitez during the event.

The gathering came a day after the officials under the Asenso Metro Third District met in Victorias City on September 15 and threw their all-out support to the Lacson-Ferrer tandem as well as [Albee] Benitez’s bid for mayor of Bacolod City.

Earlier, Love Negros merger partner United Negros Alliance (Unega) canceled its own party assembly on the same venue and date due to Covid-19 concerns. Cadiz City Mayor Salvador Eacalante, secretary general of Unega, has assured of the party’s support for the Lacson-Ferrer tandem.

Golez said Love Negros members will file their certificates of candidacy (COCs) on the same day, which shall be determined later.

He, however, said there is now a new guideline by the Commission on Elections requiring all candidates to present a negative reverse transcription-polymerase chain reaction (RT-PCR) test result within 48 hours prior to filing COCs.

If tested positive, the candidate may send a representative to the Comelec, Golez said.