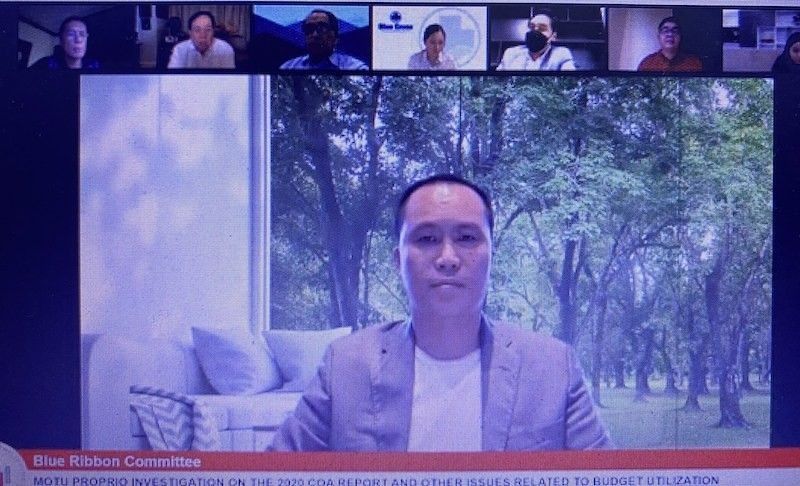 FORMER presidential adviser for economic affairs Michael Yang on Monday, September 20, denied financing some of the transactions of Pharmally Pharmaceuticals Inc. with Procurement Service (PS) of the Department of Budget and Management (DBM) for the delivery of Covid-related medical supplies.

Yang’s denial came after Pharmally owner Huang Tzu Yen told the Senate during its investigation on deficiencies in the use of Covid-19 funds of the Department of Health (DOH) last September 10 that they borrowed money from Yang.

Huang admitted that Pharmally, which was incorporated in the Philippines in 2019 with only P625,000 start-up capital, does not have enough funds to finance their transactions with PS.

Pharmally has been under fire for having been awarded with over P12 billion worth of contract that includes P8.86 billion worth of Covid-19 supplies that was purchased by PS on behalf of the DOH.

But Yang said Monday, September 20, that it was his friends who lent Pharmally money in order to fulfill its contract with PS.

"Mister chairman, according to Mister Yang, wala po siyang kinalaman or ininfluence for the award of the contract. He doesn't even know na nag-register 'yung company, nalaman na lang niya when they approached him eventually na may kailangan silang tulong for sourcing of suppliers. Nag-refer siya," said Yang’s interpreter, who was with him when he attended the resumption of the House Committee on Good Government and Public Accountability probe into the matter.

(According to Mr. Yang, he has nothing to do, or has not influenced anyone for the award of the contract. He doesn’t even know that the company was registered; he just knew when they approached him to ask for help in sourcing of suppliers. So he referred them to his friends.)

"And also in terms of referring friends who could help them for their finances to make advance payments po...Hindi po pera niya, but rather 'yung mga pinakilala po niyang kaibigan (Not his money)... It's the money of his friends," he added.

Yang was asked to submit the names of his friends he referred Pharmally to, but he said he will ask for their permission first, noting some privacy issues.

Aside from allegedly supplying the government with “overpriced” medical items, Pharmally was said to have been favored by not undergoing the proper procurement process due to the influence of Yang. (SunStar Philippines)