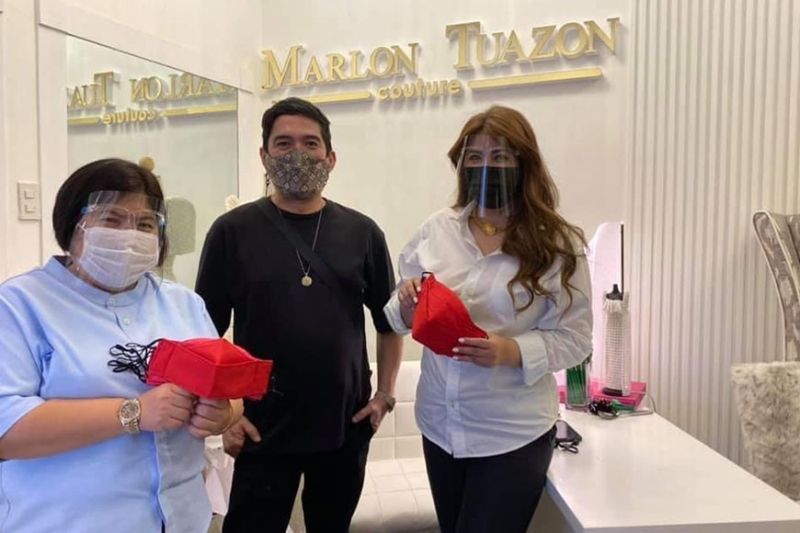 Tuazon, two-time gold medalist winner of TernoCon -- a terno-making convention and competition for regional designers, sponsored by Bench and the Cultural Center of the Philippines -- made the donation during the ribboncutting ceremony of his shop MCT Couture, attended by Lazatin’s Chief Adviser IC Calaguas and Executive Assistant IV Reina Manuel on September 18.

Marlon has been actively participating in the City Government’s programs, particularly arts and design.

He shared in one of his interviews that “creativity is our survival tool in offering solutions to adversities that shake us to the core: as individuals, as a community, and as a nation. Pandemic or no pandemic.”

Bale Pusu is the first city-operated home for the homeless/abandoned elderly, which opened on September 15 and can house eight to 12 homeless female senior citizens.

The official duster worn by the elderly inside Bale Pusu were also designed by homegrown designer Rosette Ramos-Biag, with the help of 10 home-based mananahi hired under the Angeleño First Facemask livelihood program.

Tuazon and Ramos-Biag are two of the 17 local designers who assisted the home-based mananahi hired in the facemask livelihood project of the City Government.