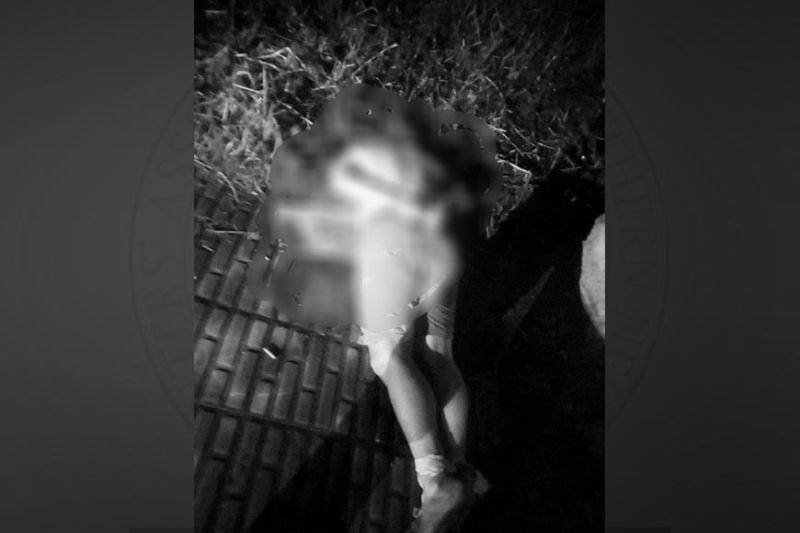 The bullet-riddled body of Mark Cubos was found at a vacant lot along Circumferencial Road at Barangay Banago in Bacolod City yesterday, September 20. (Contributed photo)

He ran out of luck.

A man, who survived an attempt on his life a year ago, was found dead at a vacant lot along Circumferential Road in Barangay Banago, Bacolod City early morning yesterday, September 20.

Mark Anthony Cubos, 37 of Barangay 6 in Bacolod City, had at least 26 gunshots on his face and head, Police Major Richard Fajarito, chief of Police Station 3, said.

Fajarito said that a concerned citizen informed them that they heard several gunshots near the area where Cubos’ body was found past 1 a.m.

Fajarito narrated that when they arrived in the area, they saw Cubos lying on the ground with his hands handcuffed behind his back and his feet tied with a cloth.

A placard was also recovered near his body with a statement “El vigilante drug lord warrior” written on it, he said.

Cubos was identified through the driver’s license recovered from his possession, the police official added.

Investigators also recovered several empty shells of an M16 rifle from the scene of the crime.

The area was too dark making it difficult for policemen to determine the identities of the suspects aside from the fact that there is no closed-circuit television (CCTV) camera in the area, Fajarito said.

He said they are looking into the possibility that the killing could be drug-related and that there could be more than one perpetrators.

Police records showed that back in September 2020 unidentified suspects shot Cubos in front of a school at Villa Angela Subdivision in the city’s Barangay Estefania.

He survived after seeking help from policemen conducting a checkpoint near Helvetia Heights Subdivision.

As per validation, Cubos has a pending arrest warrant in Police Station 2 for violation of illegal drug charges, Fajarito said.

He theorized that there is a possibility that the perpetrators were the same persons who tried to kill him last year.

Cubos’ cousin, whose name is being withheld, told the police that he has been missing since Sunday.

Fajarito disclosed that they are conducting a thorough investigation to determine if the killing of Cubos is related to that of Glenn Paul Castillo, 42, of Barangay Cabug, who was beheaded last month.

The headless body of Castillo was found on Rosario Street, Barangay 38, while his severed head was found in Purok Sigay, Barangay 2.