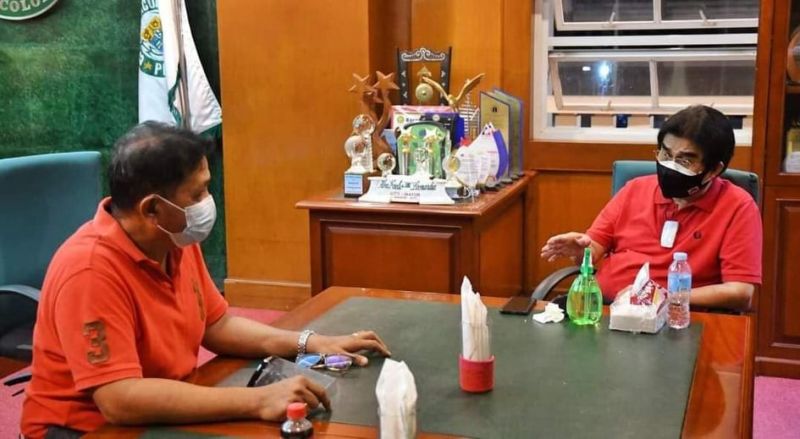 BACOLOD Mayor Evelio Leonardia is finalizing the City Government's support for the scholarship of teachers in the city who will enroll under the Department of Education's (DepEd's) scholarship program dubbed as "School Heads Academy."

Under the scholarship program, the recipient-teachers will be trained to become principals while they are finishing their Master of Arts in Supervision and Administration or their Doctor of Philosophy in Educational Management.

Gelangre said the DepEd Division of Bacolod has chosen an initial batch of 41 scholars to enroll in the program for Academic Year 2021 to 2022.

Of the number, 16 are applying for master's degrees and 25 for doctorate degrees. Their partner school is Carlos Hilado Memorial State College.

Gelangre said their federation has requested the City Government to fund the graduate studies of the recipient teachers.

The School Heads Academy is a project of the DepEd-Western Visayas.

The academy aims to admit at least 200 scholars from across 20 school division offices in Western Visayas.

The scholars will be trained on various leadership, management and technical-functional competencies and the desired values of a school head.

Gelangre said they also discussed with the mayor other concerns of Bacolod teachers. (PR)