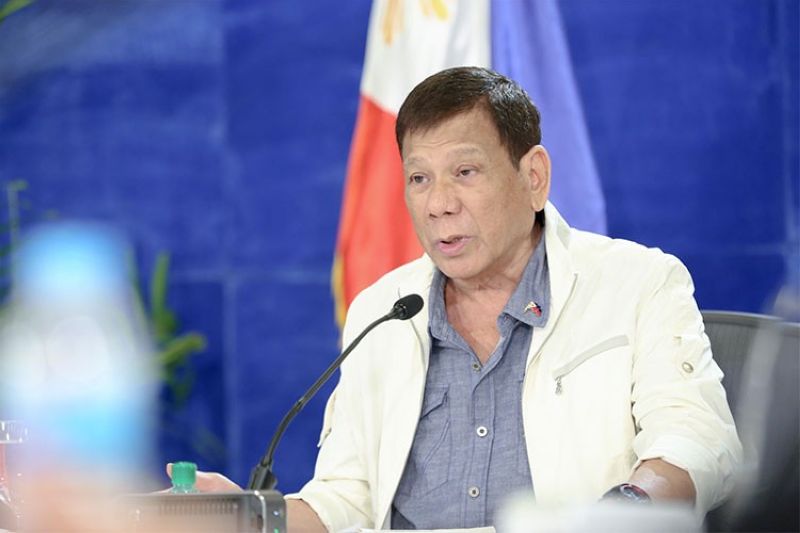 PRESIDENT Rodrigo Duterte warned of possible “trouble and crisis” in the government if the Senate orders the arrest of Cabinet members in connection to alleged irregularities in the use of Covid-19 pandemic-related funds.

In his Talk to the People address Monday evening, September 20, Duterte reiterated that there was no overpricing and corruption in the procurement of medical supplies coursed through by the Department of Health (DOH) to the Procurement Service (PS) of the Department of Budget and Management (DBM) as insinuated during the conduct of probe led by the Senate blue ribbon committee chaired by Senator Richard Gordon.

The Senate investigation has been conducted after the Commission on Audit (COA), in its audit report for fiscal year 2020, flagged the DOH’s “deficiencies” in the use of coronavirus disease (Covid-19) pandemic response funds.

But Duterte said the Senate inquiry has gone beyond the allowable exercise that is patiently being conducted in the primary purpose of inquiring on possible violation of laws.

He again took a swipe at Gordon for acting “kind of a despot” during the investigation and intimidating the resource persons, which includes Cabinet members.

He said he reminded government officials to not let Gordon shout and intimidate them.

“Huwag kayong pumayag na sigaw-sigawan kayo ni Dick Gordon. Just stand up and go out. I said if the sergeant-at-arms i-detain ka, then once I hear about it, I will go to the Senate and get you, extract you,” said Duterte.

Earlier, Duterte said he will instruct Cabinet members to ditch Senate hearings due to the “disrespectful treatment” of lawmakers and considering the time it consumes.

The Senate blue ribbon committee has already conducted seven hearings as it looked into the deficiencies in the spending of over P67 billion worth of Covid-19 response funds by the DOH. Hearings last for at least four to five hours.

The panel is scrutinizing in particular the transfer of P42 billion to PS for the procurement of medical supplies in 2020, which implicates former presidential adviser for economic affairs Michael Yang and several government officials over possible corruption.

Established during the investigation were the links between Yang and the “favored” Pharmally Pharmaceuticals Corporation Inc., which bagged at least P12 billion worth of contracts from PS for the procurement of medical items such as face masks, personal protective equipment (PPEs) and Covid-19 test kits at the onset of the pandemic.

Lawmakers noted that the government could have saved billions of money if the purchase was not made through Pharmally, which allegedly supplied the government “overpriced” medical items. (SunStar Philippines)