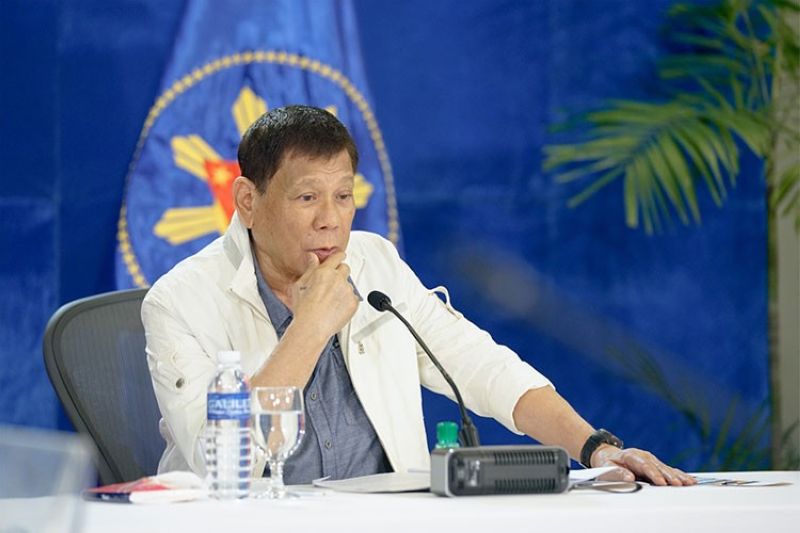 Duterte said he received reports that 44 out of the 49 hospital personnel who tested positive in PRC’s Covid-19 testing turned out negative in confirmatory tests from another molecular laboratory.

Same situation was reported at the Presidential Security Group when 187 out of 213 tested positive for coronavirus after undergoing swab testing at the PRC in Manila but they tested negative in their confirmatory test.

Duterte said this could affect the veracity of confirmed Covid-19 cases in the country being tallied by the DOH based on the report of testing laboratories, which include the PRC.

“I also would like to ask, are you testing -- are your testing facilities and equipment really as good as you say they are? Because I have heard of many false positive cases from your laboratories. Can you enlighten the Filipino people on this?” he asked PRC chairman Senator Richard Gordon during his Talk to the People address aired Monday evening, September 20, 2021.

Gordon also chairs the Senate blue ribbon committee, which is investigating the alleged anomalies in the government purchase of medical supplies from Pharmally Pharmaceuticals Inc. in 2020.

He again opened up the failure of the PRC to submit to his office their annual financial report noting that the Constitution mandates “bidding for every centavo that goes into the private hands and for the purpose of charity.”

He said its Gordon’s attempt to “hide his crimes” especially on how he siphoned the funds of PRC, which is a violation to the anti-graft and corrupt practices law.

“Again, we are not attacking the Philippine Red Cross. We would just like to know if the resources that the government has given to it is well managed. We are only asking for the same transparency from PRC, Chairman Dick,” said Duterte.

“Gusto mong transparency sa mga transaction? Kaya you are dwelling on Pharmally? Or in the same manner, we would like also to see if there is transparency in the Red Cross under you. And you yourself in connection with the Red Cross functions including maybe the disbursement of money,” he added.

Duterte also ordered concerned government agencies to look into the disallowance worth P140 million in the Subic Bay Metropolitan Authority (SBMA) under Gordon’s term as the chairman from 1992 to 1998, which was noted by the Commission on Audit (COA).

Of which, Duterte said over P86 million were attributed to Gordon.

“And in early August of this year, SBMA sent a final demand for you to pay the said amount in 30 days. It has been more than 30 days, Mr. Gordon, and you have not done anything,” said Duterte.