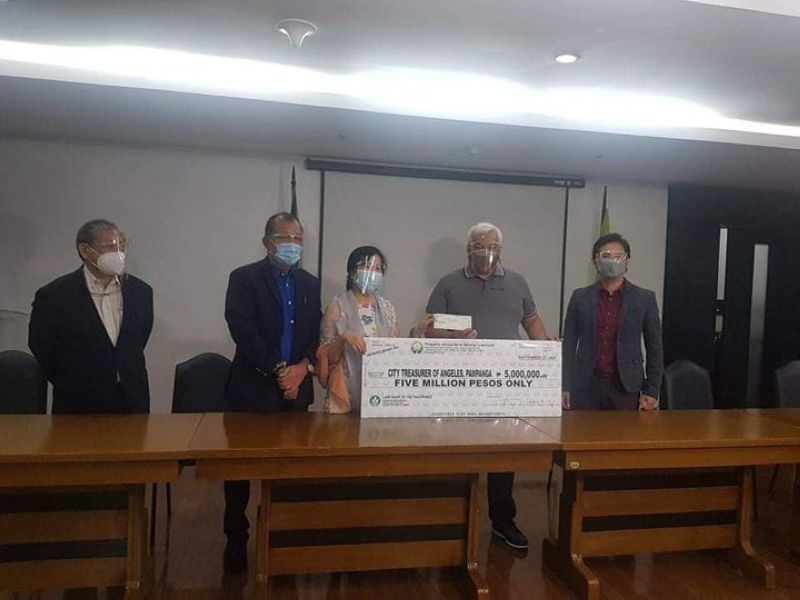 THE Philippine Amusement and Gaming Corporation (Pagcor) has donated P5 million to the Angeles City Government to be used to cover hotel charges converted into Covid-19 facilities.

Last April 2021, Lazatin tapped the members of the Hotels and Restaurants Association in Pampanga (Harp) for their help in housing asymptomatic patients.

The City Government designated some hotels in the city to serve as isolation areas for patients who are asymptomatic and with mild symptoms.

Currently, the city has 480 isolation rooms, 230 of which are free of charge for indigent Angeleños. They come with free meals and air coolers.

Meanwhile, 220 of those rooms are a notch higher than the standard room, where the resident will pay 50 percent of their expenses. Meals are also free of charge.

Twenty rooms were also allotted by the Pampanga Provincial Government at the Mexico Isolation Facility, while 10 rooms are available at the National Government Administrative Center for Angeleño patients.