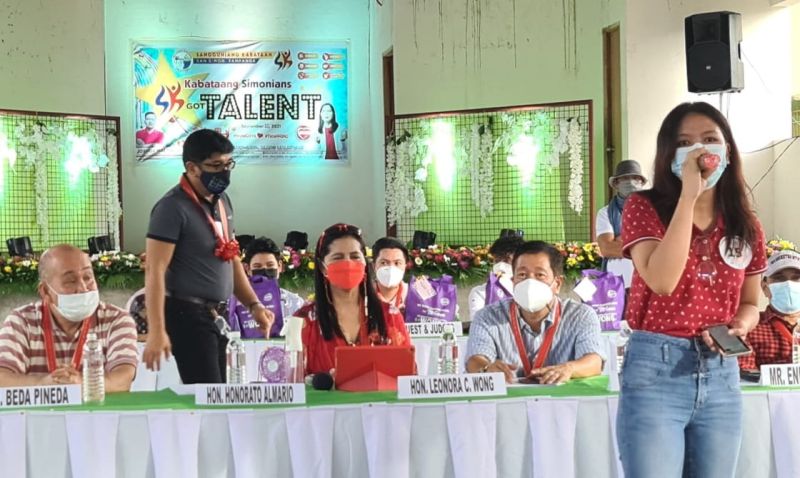 Lorence Yan Manuguid, who bested 53 other contestants, showcased the history and progress of San Simon since its founding year through his paintings.

All the 54 entries were submitted online and were viewed by the public via the local government's official Facebook page.

Wong said the grant will include the payment of Manuguid's tuition and allowance for the duration of his college schooling.

Wong assured the continuity of the scholarship grant through the approval of a local legal, which was agreed upon by councilors present during the ceremony.

Wong said development of youth through education and various programs remain one of the top priorities of her administration.

"I always believed that the youth are the face of our future. That's why we invest in educating and honing their talents so they will be more than capable to lead us in the future," she said.

She also assured more programs for the youth during her administration to alleviate their boredom and depression during this pandemic.

SK President Joshua Malonzo of San Simon who spearheaded the event expressed gratitude to Wong for funding the event.

"One of the most affected during this pandemic are the youth as we are not allowed to go out due to age restrictions, and being locked down in our houses for over a year now is already taking a toll on our physical, mental and psychological health and this kind of activity relieved the contestant from boredom," he said.