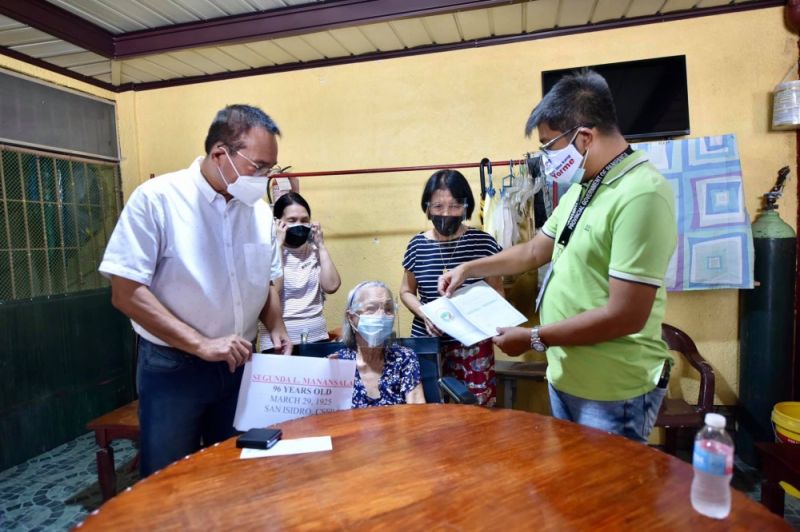 GIFT FOR THE ELDERLY. Board Members Rosve Henson and Ananias Canlas Jr. give 96-year-old Segunda Manansala a P100,000 check and certificate of recognition under the Provincial Government’s one-time cash incentive program for the elderly. (Pampanga PIO)

THREE senior citizens aged 95 and above from the City of San Fernando received financial incentives totaling to P300,000 from the Provincial Government of Pampanga.

The incentives -- P100,000 to each of the three senior citizens -- were distributed under the one-time cash incentive program of the Provincial Government led by Governor Dennis Pineda and Vice Governor Lilia Pineda.

The cash gift is part of the privileges and benefits provided by the Provincial Government to senior citizens under Ordinance 683.

The program was implemented by virtue of provincial Ordinance 683, series of 2014, or “An Ordinance Enacting the Senior Citizen Code of the Province of Pampanga.”

Initially, only those who have reached 100 years old were entitled to receive the incentive.

It can be noted that Pampanga is the pioneer in the distribution of cash incentives to centenarians worth P100,000.