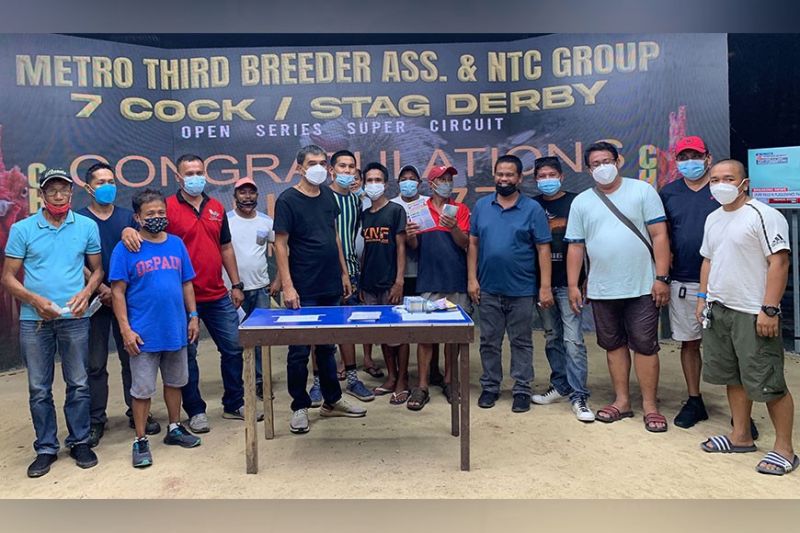 NEGROS. Representatives of Lucky 77 are shown with the championship trophy. (Contributed photo)

LUCKY 77 lived up to its name as it topped a field of 355 entries in ruling the 2nd Leg of the 7 Cock/Stag Open Series Super Circuit Derby, in Talisay City Negros Occidental last August.

Owned by Jomaine Junas, Marlon Guadalupe and Larry Estandarte, Lucky 77 compiled a perfect 7 points in the stagfest held from the derby period of Aug. 23 to 30.

With the triumph, the owners of Lucky 77 received the top prize of P1.3 million from the P3.3 million total at stake in the leg.

The entry with the highest point after the 6-leg series conducted by Sabong International in cooperation with Metro Third Breeders Association and NTC Group will receive a whopping top prize of P5,000,000 with the runner-up taking P1 million.

Also, the entry with the most championship in the series pockets P3 million, while the highest pointer's handler and gaffer get P 700,000 and P300,000, respectively.

The rest of the series will be held until December, with the 3rd leg slated from September 23 to 30. (PR)