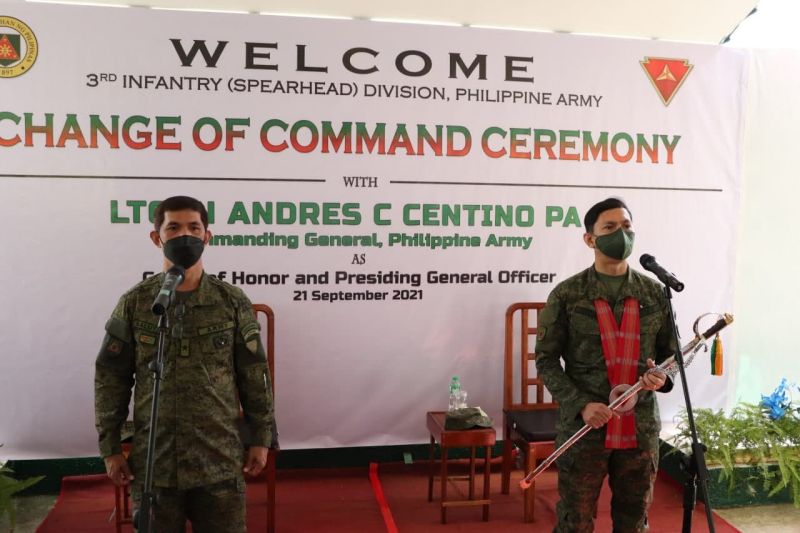 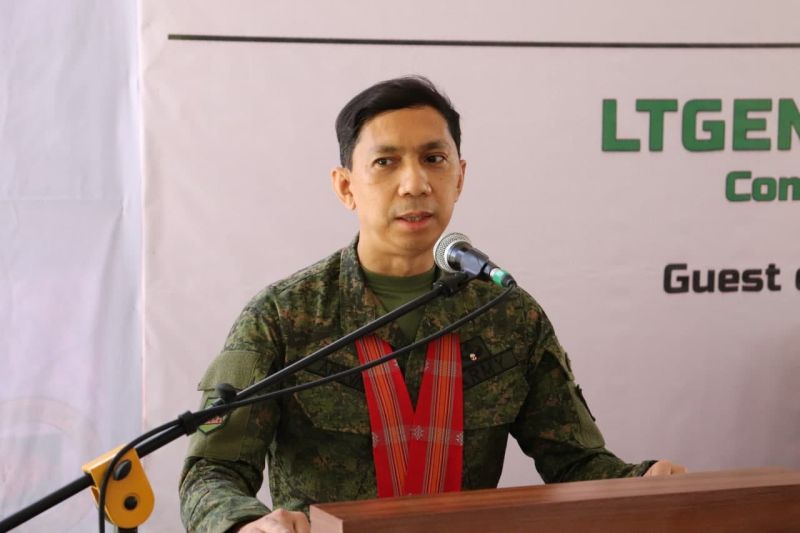 Baluyan is expected to return to his initial position as assistant division commander.

In his assumption speech, Arevalo guaranteed all Spearhead Troopers that he assumed the post of 3ID not just to command and give orders but to serve them to perform their job well.

He emphasized that this philosophy will guide his leadership that the Division is here to serve and not to be served.

He said this philosophy will adopt a customer-friendly culture that centers on the welfare of the soldiers by treating them well with pride and dignity as the Division’s primary customers.

He also bared his campaign philosophy that will be guided by the mantra or slogan “Loved by people, feared by the enemy.”

He said Spearhead Troopers should continue winning the hearts and minds of the people through CMO activities. And, to be feared by the enemy, they should be relentless, aggressive, and offensive in combat operations.

“I encourage our stakeholders to be with us in fighting two threats we are facing at the moment; the CPP-NPA (Communist Party of the Philippines-New People’s Army) and the Covid-19. We should face both squarely. We should win over the threats they are posing,” he said.

“With your support, your Army and PNP (Philippine National Police) can perform at its best to be able to deliver the peace that can contribute to the development of the region,” he added.

For his part, Lieutenant General Andres Centino, commanding general of the Philippine Army who was the event’s guest of honor and speaker, expressed his confidence that with Arevalo’s familiarity with the area and undeniable wit and creativity combined with the determination to win while putting of premium to the welfare of the personnel, he will surely bring more accomplishments to 3ID and Philippine Army as a whole.

“You need to continue building on the gains achieved by your predecessors and former Spearhead Troopers who have made the ultimate sacrifice to bring just, genuine, and lasting peace in this part of the country. May you continue to raise the Spearhead Division to greater heights,” Centino said.

Prior to his appointment as 3ID commander, Arevalo was the deputy chief of staff for Civil-Military Operations (J7) of the Armed Forces of the Philippines.

He is no stranger to 3ID’s area of responsibility (AOR), as he spent the first 10 years of his military service at the Spearhead Division. He started his military career with the 3ID as tactical officer of then 3rd Division Training Unit from October 16, 1990 to February 16, 1991.

He completed his Command and General Staff Course at CGSC, Indonesia. He is a proud member of PMA Class 1990. (PR)