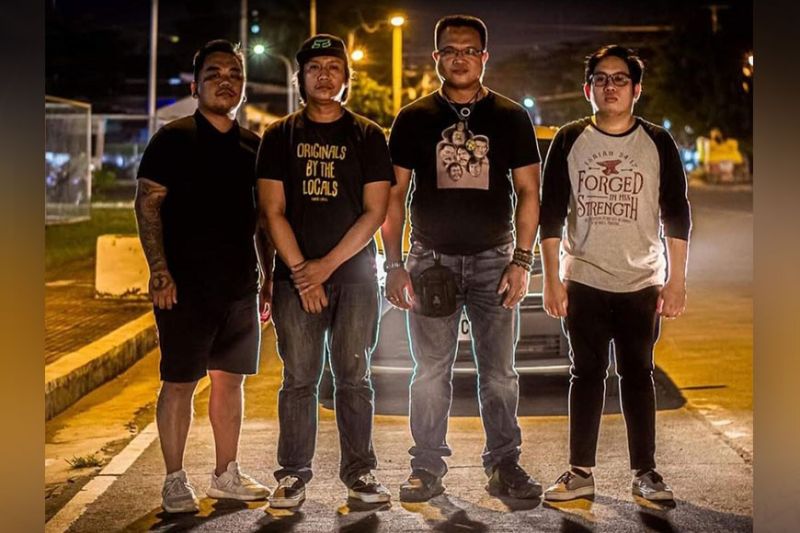 IN A bid to revive the Hiligaynon language that is said to be already dying, a local band is launching Wednesday, September 22, their self-titled album dubbed "Tawong Dalan."

Vocalist Prince Gil Delloso said "tawong dalan" is a Hiligaynon phrase that means man of the street, as their group wants to highlight the "facts of life" especially the life lessons that the people can learn from the street.

Delloso recalled that their band, composed of him and friends, namely, Angelo Oro (guitar), Christian Samillano (bass) and Nathanael Paul Castillo (drums), was formed in 2020.

Delloso is a lawyer, Samillano is a businessman, while Oro and Castillo are overseas Filipino workers (OFWs). He is the one composing the songs; the other members are taking charge of arranging the music.

"It's a collaboration of efforts, ideas and artistry," he said, adding that "mainly, we wanted to revive Hiligaynon because it has become a dead language nowadays."

The album is composed of nine tracks of different genres like reggae and rap, pop jazz and ballad, among others.

All of the songs are written in Hiligaynon and centered on different themes like Filipino values, culture, tradition and practices.

The band's carrier single is titled "Echus Mo Day," which tells about being true to oneself and being proud of the language of the place where you came from.

"Some of us worked in Manila and when they return to Negros they are no longer capable of speaking the local dialect. They speak Tagalog but their tone is Ilonggo or Hiligaynon," Delloso lamented.

He told SunStar Bacolod that they also wanted to contribute to the local music scene by reviving the "ambahanons" or the songs written in the native language.

Some other tracks include "Lin-ay nga Panggab-e" (A Nightly Woman) that tells about the infatuation of someone towards a female who performs nightly; "Yuhom Mo Lang" (In Your Smile) that centers on reminiscing a traditional Filipino courtship; and "Indi Ko Agi" (I'm Not Gay) which is intended, not to degrade the members of the LGBT community, but to depict a character of being a gentleman.

The online album launch will be streamed live via "Tawong Dalan" Facebook Page at 6 p.m. with guest performances from some other local bands and artists like The Scopes, Mojo Nova and Ram Martinez.

The band is upbeat that they would be able to share their music to a larger audience by eventually making it available on digital platforms, and even CDs and DVDs.

"We call on fellow Negrenses to patronize local music and artists," Delloso said, stressing that "we have great talents that are just waiting to be given breaks."