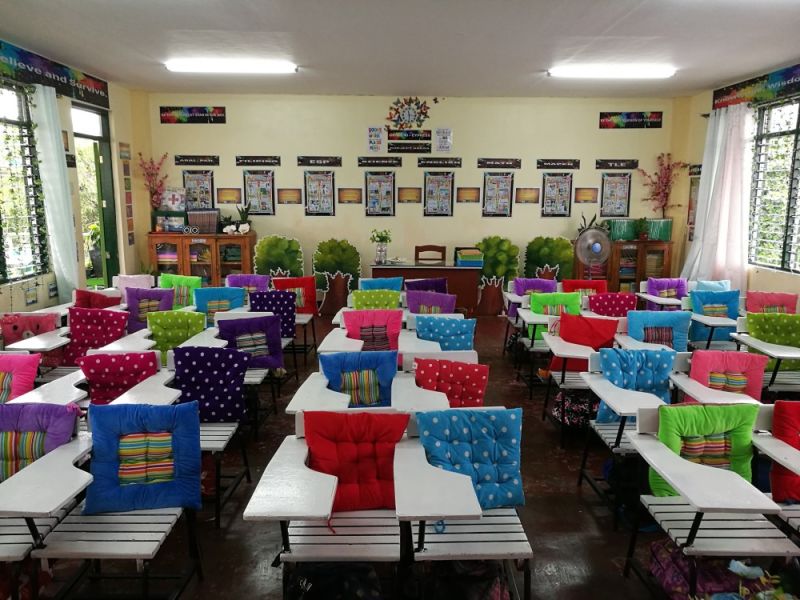 THE Department of Education (DepEd)-Davao revealed that Davao City is not included in the 18 public schools in the region being identified and prepared for the nationwide pilot resumption of the limited face-to-face (F2F) classes.

DepEd-Davao spokesperson Jenielito Atillo confirmed in a phone interview on Tuesday, September 21, that their office had already identified 18 public schools in the region out of the 100 public preschool to high schools in the country for the limited F2F classes, once President Rodrigo Duterte gives a go signal for it.

The identification of these schools was made prior to the announcement of Duterte, who approved on September 20 the conduct of limited F2F classes in selected schools in the country amid the ongoing Covid-19 pandemic.

He said the 18 selected schools are from two provinces and one city.

But he declined to mention the name of the schools and provinces these belong to, as he is not authorized to announce it yet.

He confirmed, however, that not a single public school in Davao City is included in the list.

“Davao City is not yet included. Dugay naman nato ni napilian,” he said, adding that the city is not being considered since it is a “high risk area” due to the large number of recorded Covid-19 cases.

The City Government, earlier this year, rejected the proposal of the conduct of the F2F classes in the city due to its Covid-19 situation.

But Davao City Mayor Sara Duterte-Carpio said on Monday, September 20, that the City Government and DepEd-Davao are currently in talks for the restart of F2F classes in select schools in areas with low Covid-19 risk in the city.

Duterte-Carpio said the planned resumption of the physical classes for select schools was discussed during the Covid-19 Task Force meeting.

This after DepEd-Davao reached out to the mayor seeking a list of pilot schools for the F2F classes, which have been suspended since the onset of the Covid-19 pandemic in 2020.

“We were asked to submit a list of public schools where face-to-face classes will be rolled out and this was discussed in our Covid-19 Task Force meeting. The agreement is that the 182 barangays will be ranked according to risk assessment and the last three barangays (180, 181, 182) in terms of risk assessment will be selected for the pilot face to face,” the mayor said in an interview on 87.5 FM Davao City Disaster Radio.

She, however, added that not all schools in the areas that will be identified as low-risk barangays will be included.

“Our initial submission will be one school for each barangay,” the city mayor said, adding that no concrete agreement or consultation with colleges and universities on this exercise has been initiated.

Atillo said that while the city is still considered a "high risk" area due to the huge chunk of Covid-19 cases in the region, he said there are certain areas in the city that can be recommended for the resumption of the F2F.

"Kasagaran gyud ani is sa mga lagyo nga mga lugar diin wala kaayo namatikdan nga kaso sa (Most of the areas that might be included are from farflung areas wherein there are no cases of) Covid-19," Atillo said.

Before a certain locality qualifies for the limited F2F classes, the official said it will undergo assessment from the national DepEd.

With the recent pronouncement of the City Government, he said this is already a stepping stone for the endorsement.

Based on the initial information, the F2F classes in the country are expected to start before the end of the year.

Atillo said they will be meeting with the 18 schools to discuss it.

The official said the selection of the schools depends on the capability of the school to conduct limited F2F classes, provided that minimum health protocols can be properly observed.

He also said the endorsement from the local government units (LGUs), through resolutions or written communication, is also a requirement for the conduct of F2F in their areas.

Aside from that, there must be a written consent from the parents, allowing their children to participate in the F2F classes.

He added there must be a shared responsibility from the transportation and security sector.

Atillo, however, said the limited F2F will be different from the pre-pandemic classroom setup as classes will be conducted with a maximum four hours, and will not be on a daily basis. He also said the number of participating students will have a maximum of 12 students.

The official also said the F2F classes will not be mandatory.

Atillo said the approval of the conduct of F2F is a big help considering the physical classes are still considered one of the best learning modality.

But he clarified that this is not to put down the blended learning modality implemented during the pandemic, as this is also beneficial to the student’s need for learning while at their home.