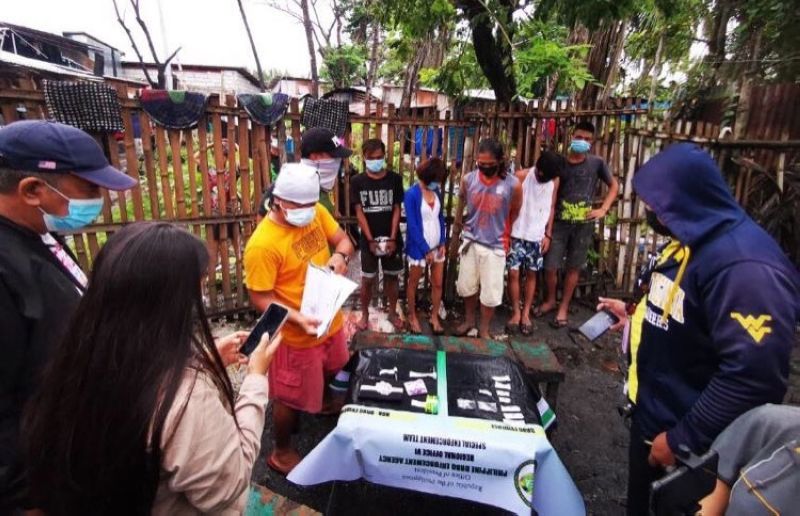 Operatives of the Philippine Drug Enforcement Agency (PDEA) in Western Visayas conduct an inventory of the items seized after the dismantling of a drug den at Purok Neptune in Barangay Singcang- Airport, Bacolod City on Monday, September 20. (Contributed Photo)

The suspects were arrested after one of them sold a sachet of shabu to a poseur buyer around 4:30 p.m., the PDEA said.

Recovered during the operation were several sachets of suspected shabu weighing 10 grams with an estimated market value of P68,000, the marked money used, and drug paraphernalia.

PDEA records showed that Caminto was identified as the suspected drug den maintainer in the barangay.

The suspects are detained at the custodial facility of PDEA and are facing charges for violation of Republic Act 9165, or the Comprehensive Dangerous Drugs Act of 2002.

Meanwhile, an estimated P17, 612 of shabu or methamphetamine hydrochloride was also seized in a drug bust operation conducted by operatives of Police Station 3 at Purok Pag-sa in Barangay Bata, Bacolod City also on Monday.

The operation led to the arrest of Denmar Espuerta, 43, of the barangay.

Police Major Richard Fajarito, chief of Police Station 3, said the suspect was arrested after he sold a sachet of shabu to a police undercover around 8:35 p.m.