‘The time is now,’ Javi Benitez says as he declares bid for Victorias mayor 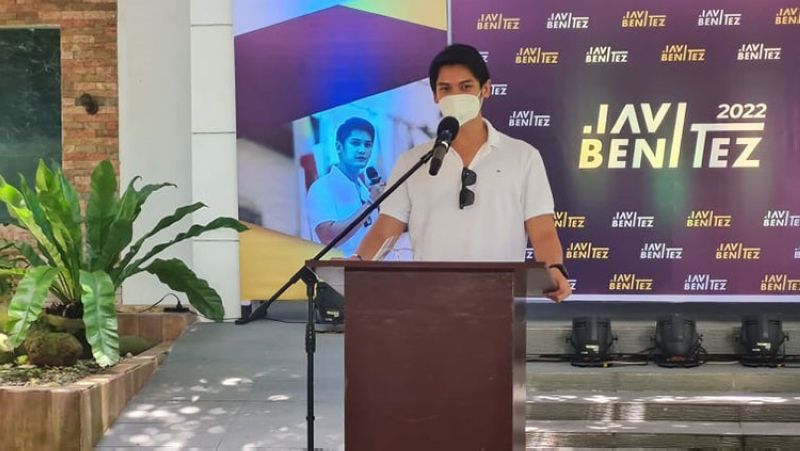 He was joined by his girlfriend, actress Sue Ramirez, and his mother, Nikki, as he bared his plan to venture into politics by running in next year’s elections.

Being a Bachelor of Science in Political Science graduate of Santa Clara University in California, and a Master’s Degree of Public Administration freshman student at the University of Negros Occidental Recoletos-Bacolod, Benitez said he has knowledge about politics.

These diverse experiences will make me a strong and the best aspirant for Victorias City mayor in the 2022 elections, he said.

The 26-year-old Benitez shared that since 2010, night and day, their family often talks about public service.

“I was a second-year high school student when I went with my father, Albee Benitez, when he served the people,” he said, adding that “I was coming back now and then, and I felt the love of the Negrenses in the Third District especially the Victoriahanons.”

Benitez also said that after his family has shown and given him the kindness and generosity, it is now the time for him to pass it forward.

“I am a young man with new ideas, and I believe it is not in the age and years of experience to measure one's capability to serve. Genuine public service is about thoughts, feelings, how you do, and implement it,” he stressed.

He said his various exposures make him confident that he can handle the upcoming tasks as the chief executive of Victorias City.

“The time is now,” he stressed.

Ahead of his birthday on October 8, the last day of filing of the Certificate of Candidacy, his girlfriend Sue wished him well on what he aimed for next year.

“My wish is for you is just to be yourself because you are enough. You are smart, and you are going to be a good leader,” Ramirez told Benitez, adding that “when you go around and meet people, absorb, I hope you give them a piece of yourself.”

For his mother’s part, she told Benitez "I know how excited you are about this and I wish you continue to be humble and prayerful. Always be available to Victoriahanons.”

Benitez, in response, said he went through the process until he decided to accept the nomination of their party.

“Rest assured that I will do my best, not only for myself, my family, but for the Victoriahanons, because I know that if I do that well, you will all be happy and proud of me,” he told his girlfriend and mother. (CNC)