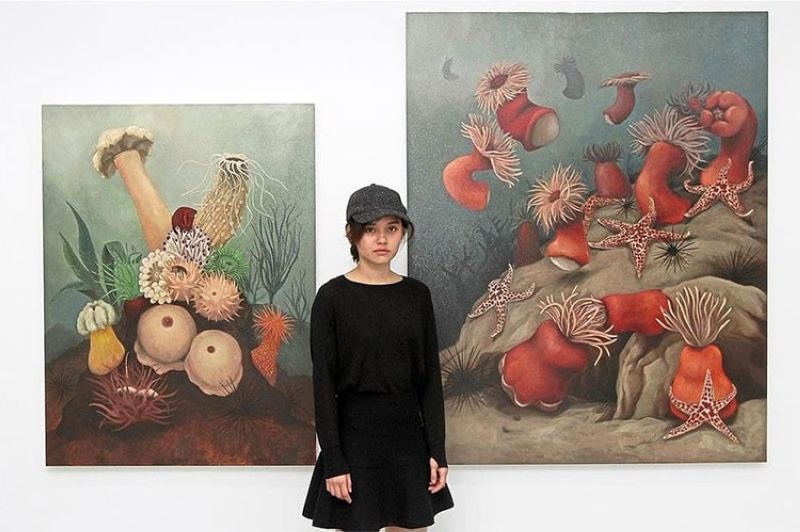 POLICE said on Wednesday, September 22, 2021, that artist Bree Jonson died of asphyxia, based on the initial report of her autopsy examination.

Peralta said they could not determine yet if Jonson indeed committed suicide.

He said they are still waiting for the histopathological examination of Jonson.

Police who responded on report on alleged suicide found Jonson dead inside a hotel room of a beach resort in La Union on Saturday, September 18.

Her boyfriend who occupied the same room with her, Julian Ongpin, was arrested after police seized 12.6 grams of cocaine from his possession. Ongpin also tested positive for cocaine use.

Julian, son of billionaire Bobby Ongpin, was released following the order of the prosecutor who said "the case is not proper for inquest proceedings. The apprehension of the respondent does not fall under any instances where warrantless arrest is allowed."

Julian said Jonson committed suicide, but her family refused to believe him.

Jonson’s mother, Sally, said she believes her daughter was killed.

Peralta said there was no basis for the police to file homicide charges against Ongpin at the time of his arrest but he was considered a person of interest.

He said investigators found an identification card issued by the Manila City Government showing that Jonson has psychosocial disability.

Peralta said antidepressant medicines were also found in their room.

Peralta said the wounds found in the couple’s bodies were not established to be signs of struggle.

He said based on the accounts of Ongpin, he sustained wounds on his arms and back after forcibly opening a broken door of a restroom where Jonson was trapped.

Jonson, on the other hand, had markings on the neck but it could be due to the cat chain found in their room.

Peralta vowed the conduct of impartial investigation on the incident.

Meanwhile, the Bureau of Immigration (BI) has included the younger Ongpin in the lookout bulletin as ordered by the Department of Justice (DOJ).

“His name has been included in our derogatory database, and we are monitoring his border movement,” BI commissioner Jaime Morente said.

“All immigration officers nationwide in both airports and seaports have been instructed to closely monitor his travel and to prudently verify if he has an existing warrant of arrest, if encountered,” he added. (SunStar Philippines)