Comelec to candidates: Don’t bring too many supporters 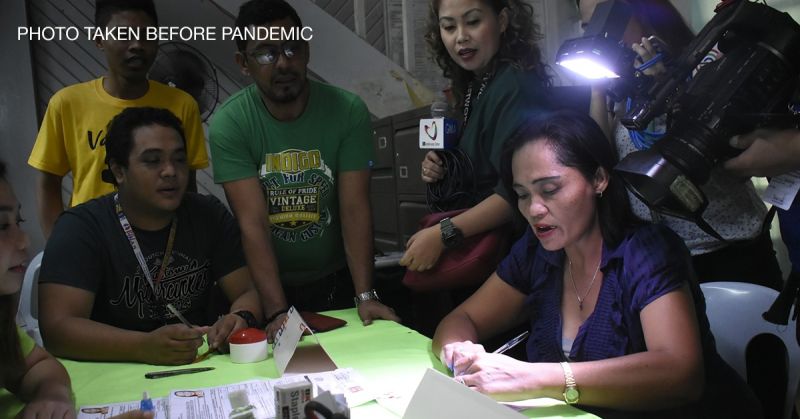 MORE than a week before the filing of the certificate of candidacy (COC), the Commission on Elections-Davao Region (Comelec-Davao) reminded candidates not to bring large numbers of supporters to avoid the event from becoming a "superspreader event."

Lawyer Gay Enumerables, Comelec-Davao assistant regional director, said the COC filing will start on October 1 until October 8. All Comelec offices in the region will be open on weekends.

Candidates are allowed to visit their office anytime.

Enumerables said they are currently preparing for the COC filing, including scouting for a bigger venue on the activity.

In Davao City, it will still be at the Comelec office inside Magsaysay Park, although they will set up the filing outside their office.

(For Davao City, it will still be at our office at the Magsaysay Park, but this will be done outside our office. They will set up a special area for the COC filing so that we would avoid crowding inside our offices.)

The COC filing, over the past elections, has been deemed festive due to the large number of followers of the candidates trooping the Comelec offices. But due to the current Covid-19 pandemic, Enumerables said this will not be allowed.

She said only a maximum of two people are allowed to escort the candidate during the COC filing. They cannot bring more than the allowed number inside the filing venue.

While the official said they cannot control their supporters outside their office, she reminded them that candidates have the responsibility to control them.

"This is a shared responsibility for everyone, for Comelec and for the candidates nga (that) of course, di sila magdala og daghan kaayong tao nga maka-violate sa (they would not bring many people for them not to violate the) IATF rules and sa (the) social distancing," the official said.

(They themselves, they have to police themselves that they have to follow the IATF rules. They are candidates and yet, they would violate the rules. This would reflect their sincerity in extending public service.)

Due to the limited number of personnel, the official is asking the assistance of the Philippine National Police to man the crowd outside the office during the COC filing.

The security official said that they are going to monitor the observance of health protocol during the event.

She also reminded supporters to be compliant with the Covid-19 protocols or else they might be penalized.

(If the candidates will be bringing their supporters, they need to be compliant with the protocols. If not, we will call their attention and if they still won't abide, we can file a complaint against them.)

She added that candidates are also not required to be fully vaccinated during the filing.

Enumerables reiterated that the voters’ registration will only be until September 30 and there will be no extension.

She said their office hours remain extended from Mondays to Fridays, 8 a.m. to 7 p.m., while their offices will be open on Saturdays from 8 a.m. to 5 p.m.