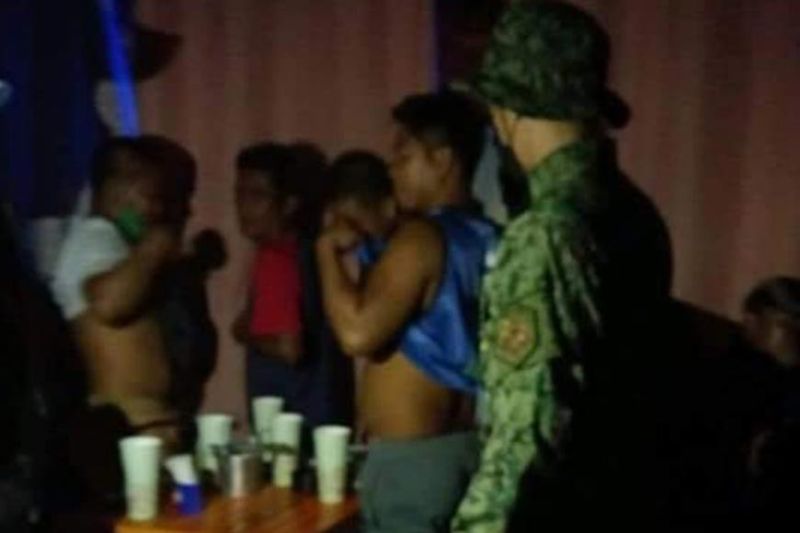 BACOLOD. Station 8 policemen roam around their area of jurisdiction to ensure that no one is violating the curfew and liquor ban ordinance. (Contributed photo)

Sorongon said it has been observed that as early as 2 a.m. some people were seen traveling in Bacolod despite the existing curfew hours that will end until 4 a.m.

“We already discussed it with the BCPO official and they committed to strictly implement the curfew hours or whatever ordinances as far as health protocol is concerned will be observed and followed,” he said.

Leonardia earlier issued EO No. 46, extending the city’s quarantine status under GCQ-HR from September 8 to 30, 2021.

Under GCQ-HR, the daily curfew hours will continue to be observed from 10 p.m. to 4 a.m.

Sorongon said most of the curfew violators are the registrants of the Commission on Elections (Comelec) who are not from Bacolod City.

He said the registrants are seen near the Comelec or in the satellite registrations areas, specifically malls, who are already waiting in the queue as early as 2 a.m. when the curfew is still in effect.

Sorongon reminded them that they should observe the curfew hours in Bacolod, adding that this is a "pure reminder and has nothing to do with politics."

“Leonardia respects the right of suffrage of every individual. We just want to enforce the health protocols because we are in the pandemic, it’s not the ordinary time,” the doctor said.

Sorongon said the surge in cases of Covid-19 in Bacolod continues to rise and it could be the third wave of the surge.

Last week, the EOC asked the Comelec to temporarily suspend the satellite registration due to the increase of Covid-19 cases in Bacolod.

Sorongon disclosed that they already referred this concern to the City Legal Office.