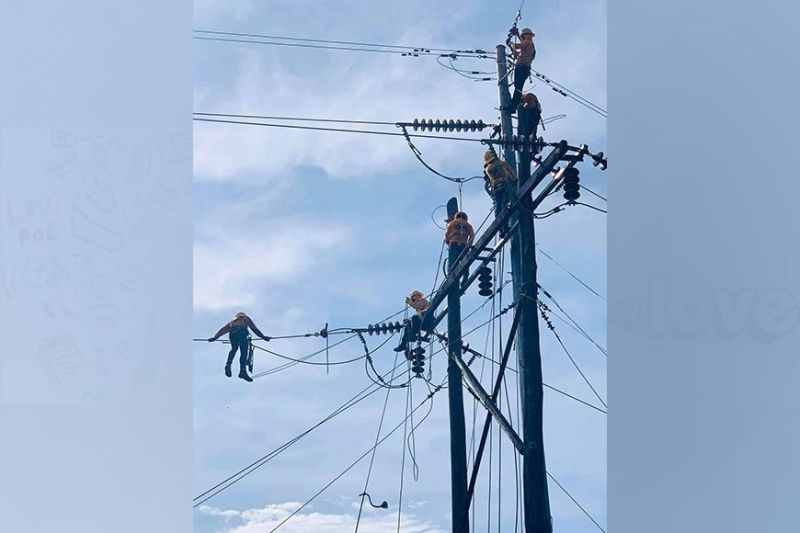 NEGROS. Electric cooperatives in Negros Occidental are upbeat that the intervention made by the Energy Regulatory Commission would result in lower electricity costs in the electricity spot market. (Contributed photo)

ELECTRIC cooperatives in Negros Occidental have welcomed the intervention made by the Energy Regulatory Commission (ERC) on the concerns of power distribution utilities in Western Visayas about high electricity cost, hoping that the measure will result in lower spot market price.

ERC Chairperson and Chief Executive Officer Agnes Devanadera brought to the attention of Philippine Electricity Spot Market Corp. (PEMC) President Leonido Pulido III the issue on the high settlement amounts in the market as well as the high electricity billings of consumers in Negros and Panay.

Devanadera, in her letter dated September 20, 2021, told Pulido that “as you are aware, the Cebu-Negros 138 kilovolt (kV) Line tripped on June 15, as reported by the National Grid Corp. of the Philippines (NGCP), due to the damage caused by the Department of Public Works and Highways (DPWH) on one of the lines of the Cebu-Negros Submarine Cable during its conduct of an amphibious dredging in the mouth of Bio-os River, Barangay Pondol, Amlan in Negros Oriental.”

“The commission cannot agree less, considering the circumstances detailed above. Specifically, the damaging of the Cebu-Negros Submarine Cable, was not caused by the consumers, but rather by negligence, which responsible parties should be made to account for,” she said, adding that “as such, the commission is of the view that the congestion charges, and other charges, that are attributable to the incident, should not be charged to the consumers.”

The corporation has to submit an initial progress report to the commission not later than the 30th day of the month following the issuance of the letter directive; and progress report thereafter until the full refund to customers shall have been completed in accordance with this directive.

Devanadera also ordered the PEMC to publish the directives on the latter’s website and request the concerned distribution utilities to post the same on their respective websites.

Lawyer Dan Pondevilla, acting general manager and project supervisor of Central Negros Electric Cooperative (Ceneco), said the intervention made by the ERC is the result of their coordination meeting with the agency, Department Energy (DOE), National Electrification Administration (NEA), NGCP, and electric cooperatives in the Western Visayas last week.

“It was my suggestion during that meeting for the ERC to study and intervene in the price of electricity spot market,” Pondevilla, also the general manager of Northern Negros Electric Cooperative (Noneco), said.

The ERC promised to make remedies in so far as the control of the price of the market that caused the spike in electricity rates by reason of the damaged submarine cable which may take two years to repair based on the NGCP’s projection, he added.

For her part, Ceneco president Jojit Yap said ERC’s intervention is a welcome development for the power distribution utility that caters to the largest number of electric consumers in the province.

Yap hoped that these measures would result in lower prices from Wesm.

"The consumers should not be the one who should shoulder the exorbitant rates brought about by the damaged cable,” she said, adding that ”also, the spot market should not have exploited the situation to gain more profits by raising their prices at the expense of the electric cooperatives and the Filipino consumers who are still reeling from the never-ending economic woes brought about by the Covid-19 pandemic.”

Yap thanked the representatives of electric cooperatives in the region and Bacolod Mayor Evelio Leonardia who sent an appeal to the DOE, NEA and ERC to intervene.

It can be recalled that lawmakers in Negros Occidental and other parts of Western Visayas earlier passed a resolution seeking a Congressional inquiry on the increasing power rates in the region.