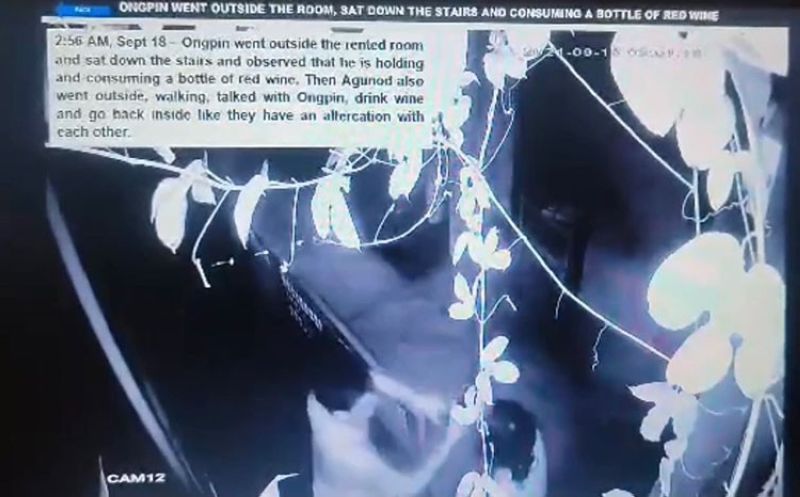 ARTIST Bree Jonson and her boyfriend, Julian Ongpin, seemed to have been quarrelling hours before the former was found dead inside a hotel room in San Juan, La Union over the weekend, Philippine National Police (PNP) Chief Guillermo Eleazar said on Thursday, September 23, 2021.

Eleazar said based on the closed circuit television (CCTV) footage obtained from the resort, Jonson followed Ongpin, who went out of their room around 2:56 a.m. Saturday, September 18. Ongpin then sat on the stairs while drinking a bottle of alcoholic beverage.

He said based on police’s initial observation, there seemed to be an altercation between the couple.

In a statement, Sunga Salandaan and Ampuan Law Offices, the legal counsel of Jonson’s family, agreed there was a “heated altercation” between the two before they locked themselves inside their room.

It said minutes after getting inside their room, Ongpin went out again, grabbed a ladder and leaned it at the room’s bathroom window.

Ongpin then removed three layers of jalousie from the bathroom window before he stepped down and went back inside the room.

After five minutes, Ongpin went outside again and called for help from the hotel staff.

Ongpin reportedly told the police he found Jonson’s lifeless body inside the bathroom of their hotel room.

He was arrested over possession of illegal drugs but was later released due to the order of the court. He also tested positive for illegal drugs.

Eleazar said they are not yet ruling out possible foul play on Jonson’s death, as Ongpin claimed she had committed suicide.

Scratches were seen in Ongpin’s body but he said he sustained it when he forcibly opened the bathroom to get Jonson.

He said based on the autopsy report, Jonson has no other injuries nor scratches and bruises in her body aside from an “upward ligature” on her neck. She died due to asphyxia.

“One thing that they explain is that pataas kasi ang markings noong ligature so most likely pataas s’ya, so pwede namang pataas na naka hang o pataas na inangat. So all of this things are being considered in the conduct of the investigation,” Eleazar added.

The law firm, however, contradicted these claims, saying Jonson sustained several bruises and wounds, which may indicate that there was a struggle between her and Ongpin.

“There were bruises found in some parts of Breanna’s body other than her neck. The National Bureau of Investigation shall conduct another autopsy in Manila,” it added.

It said it is yet to receive a “conclusive” autopsy report from the police, as well as the medico legal report on the injuries sustained by Ongpin.

Meanwhile, the National Bureau of Investigation (NBI) has started a parallel investigation on Jonson’s death.

NBI spokesperson Ferdinand Lavin said they conducted an autopsy on Jonson's remains on Thursday morning, September 23, upon the request of her family.

He said they also sent investigators to examine the crime scene.