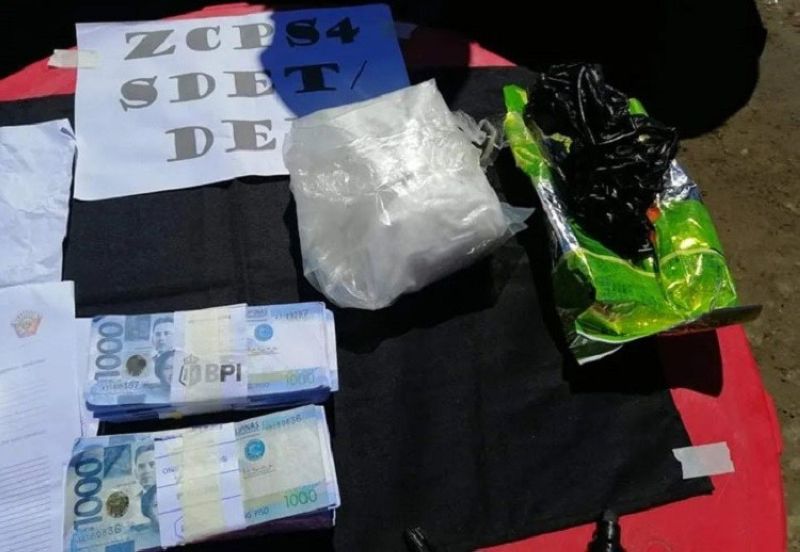 ILLEGAL DRUGS. Personnel of the Zamboanga City Police Office arrest Emer Esmiraji (not in photo), an alleged big-time drug pusher and seize some P6.8 million worth of suspected shabu in an anti-drug operation Thursday, September 23, in Zamboanga City. A photo handout shows the pieces of evidences, including one kilo shabu, seized from the arrested suspect. (SunStar Zamboanga)

He said seized from the suspect were more or less one kilogram of suspected shabu worth P6.8 million, P1.1 million boodle money topped with one genuine P1,000 bill as marked money, packing tape, a plastic pack and a paper bag.

Reyes said the suspect’s arrest came after they intensified the campaign against illegal drugs with focus on high-value targets or big-time drug personalities.

He said appropriate charges are set to be filed against the suspect, who was detained. (SunStar Zamboanga)