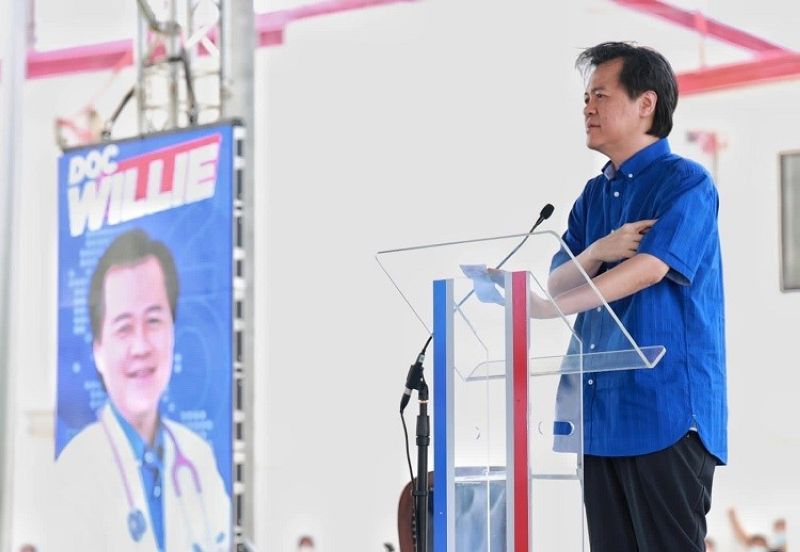 In a resignation letter addressed to Lakas-CMD president and House Majority Floor Leader Ferdinand Martin Romualdez, Ong said he needs to resign as he accepted Manila City Mayor Francisco “Isko Moreno” Domagoso’s offer to be his running mate for the 2022 elections.

Domagoso and Ong announced Wednesday their bid for president and vice-president, respectively, in next year’s polls.

Domagoso is the president of Aksyon Demokratiko, the party founded by the late senator Raul Roco, and Ong will reportedly join the political party next week.

“With all due respect, and after having accepted the offer of Mayor Francisco ‘Isko Moreno’ Domagoso to be his vice-presidential running mate in the forthcoming elections, I hereby tender my resignation as member of Lakas-NUCD,” Ong told Romualdez.

He expressed his gratitude to Romualdez and Lakas-CMD for accepting him into the party in the 2019 elections, when he ran as senator.

“Though politics may bring us at different paths, please know that I continue to hold you in high esteem and my family will always treasure your friendship,” Ong said.

Ong lost in the 2019 senatorial race.

In an interview Wednesday after the launching of their Moreno-Ong tandem, the vlogger cardiologist said he has no problem with losing in elections.

Ong said he had thought about his decision and Moreno had convinced him to run for vice-president as he also saw the need to help the Filipino people.

But Domagoso, who also lost in the 2016 senatorial elections, appealed to the public Wednesday, September 22, to vote for him and Ong, saying what they both want is to serve the Filipino people. (Laureen Mondoñedo-Ynot)