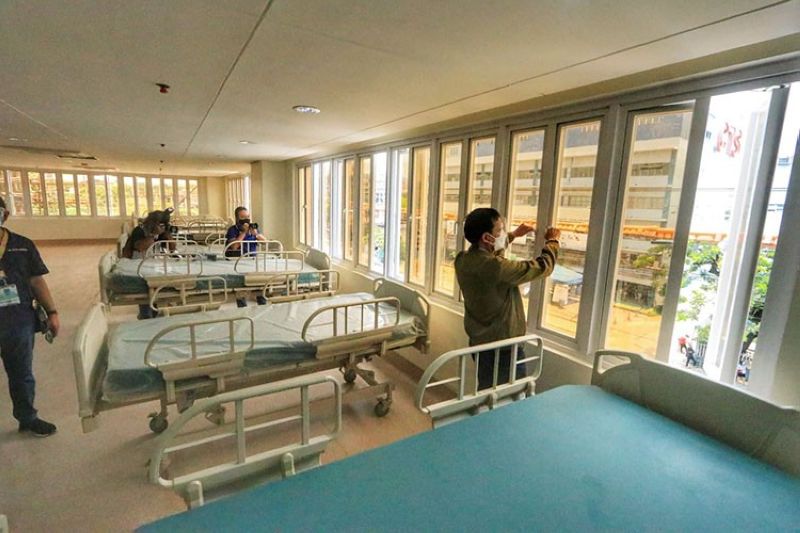 Lowell Corminal, acting Cebu City Department of Engineering and Public Works (DEPW) head, told SunStar Cebu that based on the program of works and estimates (Powe) for CCMC in 2019, the City was supposed to spend P2.8 billion for the hospital’s completion.

Around P1 billion was allocated for its initial construction. Only three floors were completed and are now being used, Corminal said.

But Corminal clarified that the City has allocated P1.5 billion this year to help complete the CCMC.

Of the P1.5 billion allocated this year, P500 million was approved and released in 2020 to cover the rest of the hospital’s unfinished floors.

But the P500 million was never used after the City cancelled the awarding of the contract in the middle of this year due to insufficient funds.

The P1 billion is part of the first supplemental budget worth P4.5 billion sought by Cebu City Mayor Edgardo Labella earlier this year.

In a related development, Corminal told SunStar Cebu that they are now securing an occupancy permit for CCMC before the Office of the Building Official (OBO).

Corminal said the issuance of the occupancy permit was delayed due to documentary problems.

He added that the contractor of the hospital didn’t submit the needed documents to the City on time, further delaying the issuance of the occupancy permit.

Corminal said they are closely coordinating with the contractor in order to fasttrack the issuance of the permit. (PAC / JKV)