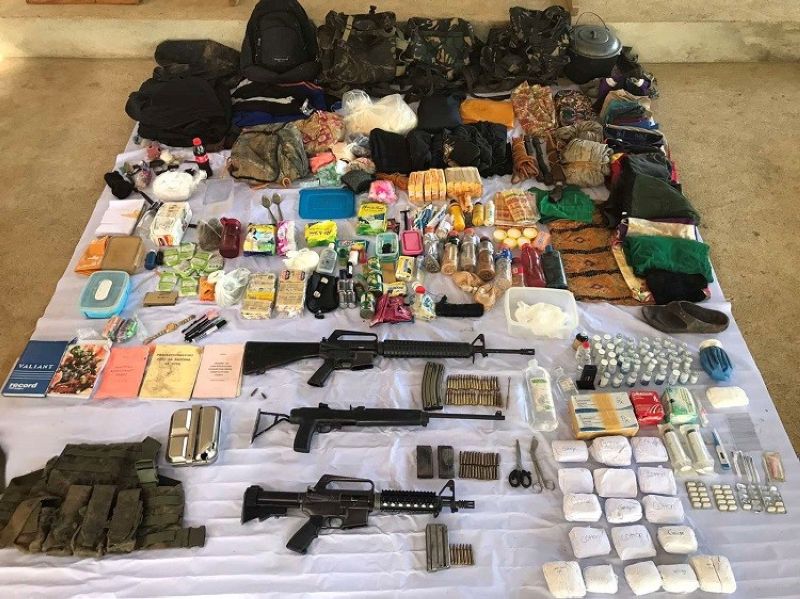 The Army’s 36th Infantry (Valor) Battalion (36IB) conducted a combat operation in Sitio Agsam after they received reports from the locals and nearby communities on rebels who were extorting and posing threat on the area.

A 10-minute firefight occurred around 5:15 p.m. between the troops and more or less 10 armed groups who were believed to be members of the Platoon 2, Guerilla Front (GF30). The military recovered the two unidentified dead bodies of the NPA rebels following the skirmish.

Lieutenant Colonel Michael Rey Reuyan, acting commanding officer of 36IB, said they were able to easily track down the rebels due to the support of the locals and communities.

"It is a manifestation that the growing support of the communities is a response that they don't want the CPP-NPA (Communist Party of the Philippines-NPA) in their area," Reuyan said.

"I call on the remaining CPP-NPA terrorist to surrender now and return to the folds of the law. Lay down your arms and return to your families. Avail the Enhanced Comprehensive Local Integration Program (E-Clip), the government intervention package for former rebels," he added.

The two dead bodies of the NPA rebels were turned over to the Philippine National Police and local government units for identification and post-mortem examination.