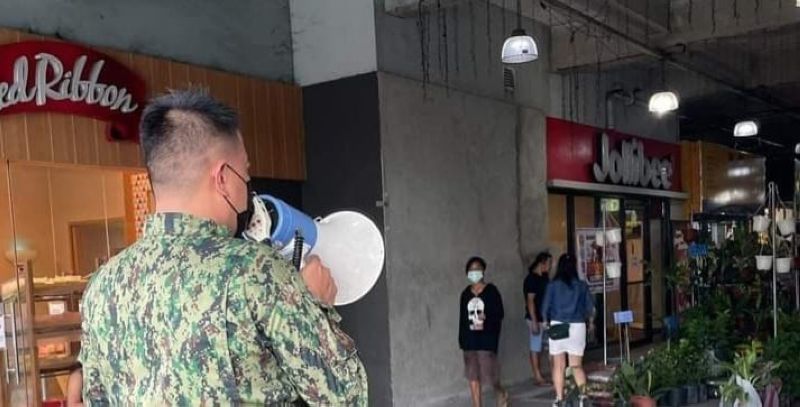 A policeman reminds the mall-goers in Bacolod City to wear their face masks. (Contributed Photo)

RESIDENTS who did not wear face masks comprised 32 percent of the total number of protocol violators as of Thursday, September 23, 2021.

Records from the Bacolod City Police Office showed that there are already 37,780 recorded health protocol violators, 12,168 of which are those without face masks or wearing them improperly, Lieutenant Colonel Lester Leada said.

Leada, who is the head of the BCPO operations branch, said 7,928 persons were also caught not wearing face shields and 9,452 were nabbed for violating the curfew ordinance.

Some 4,736 have been found violating the liquor ban and 3,496 were not keeping a safe distance of more than one meter, he said.

Dr. Chris Sorongon, who is the Emergency Operations Center deputy director for Medical and Data Analysis, had said they are directing the BCPO to intensify their campaign against violations of health protocol, particularly curfew.

He said those who were caught violating the health protocols were fined but were not taken into police custody. (APN)