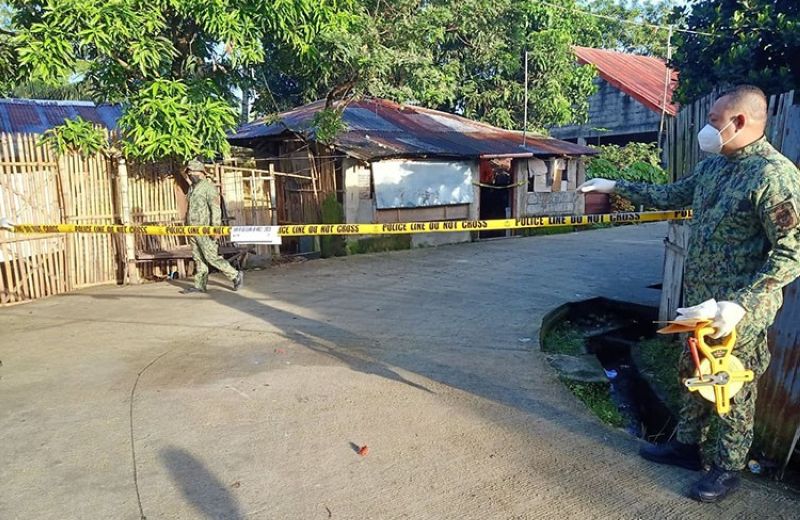 BACOLOD. The suspect in the killing of a former village watchman and his grandson surrenders to the authorities on Wednesday, September 22. (Police Station 7 Photo)

THE suspect in the killing of a former village watchman and his grandson has surrendered to Police Station 7 on Wednesday, September 22, 2021.

Bonilla said Thursday, September 23, that Agsam voluntarily surrendered around 4 p.m. through the help of his family and officials of Barangay Vista Alegre.

He said Agsam admitted that he killed Aurelio Rull, 73, a former watchman of Barangay 8, and the nine-year-old boy using a bladed weapon on Tuesday morning.

Agsam told police he was under the influence of illegal drugs when he committed the crime.

Bonilla said on Monday afternoon, Agsam had a pot session inside the victims’ house. Early morning of the following day, he returned to get his tooter.

He tried to call Rull but did not answer, so he went behind the house and entered through the window.

When Rull woke up, Agsam attacked him and his nine-year-old grandson with a bladed weapon.

Bonilla said Agsam killed the victims because he was afraid of being charged for robbery.

The police are now preparing the documents for the filling of two counts of murder against the suspect, who is detained at the custodial facility of Police Station 7. (MAP)