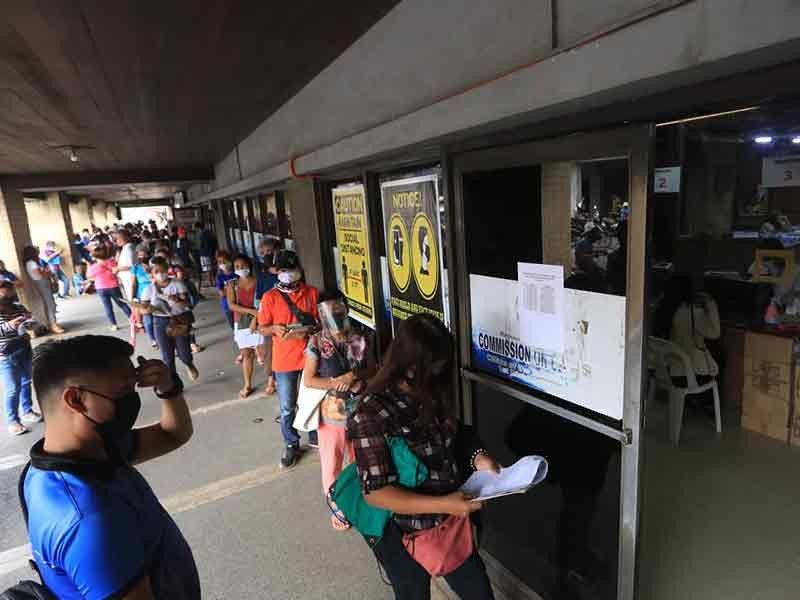 2022 ELECTIONS. While preparations are underway for the filing of certificate of candidacy (COC) on Oct. 1 to 8, 2021, the Senate is expected to approve the bill seeking to extend voter registration until Oct. 31, on the third and final reading on Sept. 27. / SUNSTAR FILE

COMMISSION on Elections (Comelec) Cebu City North District election officer Chaunsey Boholst said they have recommended to the City Government to close a specific portion of the Osmeña Blvd. (the stretch of road near the WTC building, the same area closed every Friday) during the filing of certificate of candidacy (COC) from Oct. 1 to 8, 2021.

“We are still trying to secure authorization from the local government of Cebu City and the Cebu City Transportation Office so hopefully this gets approved because it’s also for everyone’s security,”

Boholst said they will also be putting up tents near the premises for the media members who will be covering the filing of the COC of candidates for the May 2022 local elections, and for those who will manifest any Covid-19 symptoms.

Another tent will also be set up as a waiting area for the candidates while they take turns in entering the Comelec office for the filing of their COC.

The Comelec with the Cebu City Police Office and other law enforcement agencies of Cebu City such as the City Disaster Risk Reduction and Management Office met on Sept. 23 in the afternoon to discuss the preparations for the upcoming COC filing.

He said the number of people to be admitted inside the Comelec office at once will be limited, though the entire party can go to the waiting area at once.

The party members can also utilize the backdrop that the Comelec will put up outside for picture-taking purposes, he said.

“We discourage them to bring their own supporters because it will cause overcrowding. That’s why the supporters will not be allowed beyond the barriers,” he said.

He said they also discourage the candidates from bringing escorts.

Boholst said they do not require candidates to present negative swab test results nor Covid-19 vaccination cards, though they encourage candidates to be vaccinated. (WBS)