Coast Guard to setup own airbase in Negros Occidental 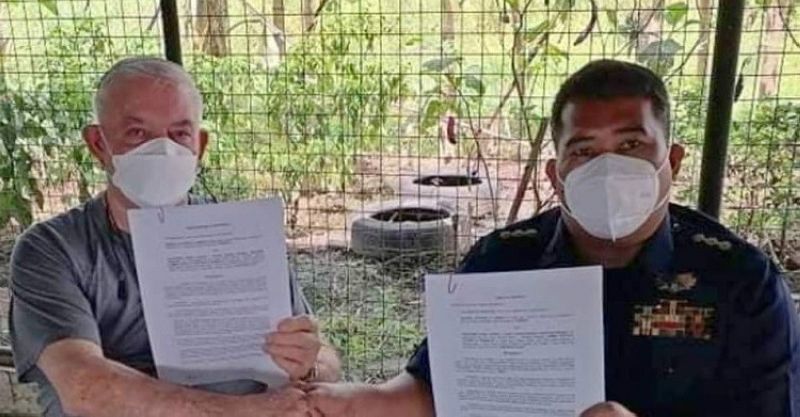 NEGROS. PCG District Western Visayas Deputy Commander Captain Ludovico Librilla (left) and United Sugar Producers Federation President Manuel Lamata during the signing of the deed of usufruct for the property where the former’s airbase will be set up soon. (PCG photo)

THE Philippine Coast Guard (PCG) will soon set up its own airbase in Barangay Luna, Cadiz City, Negros Occidental.

Lamata donated the 30,000-square-meter property directly to the PCG in the northern Negros Occidental locality.

Librilla said the airbase will allow the PCG to conduct aircraft landing, refueling, and restocking of materials for logistical missions, such as search and rescue (SAR) operations, reconnaissance, aerial surveys, and aerial domain awareness.

Librilla added they are grateful to Lamata for donating a portion of his lot to support the PCG's mission to serve the nation with patriotism, compassion, and fear of God. (With reports from TDE)