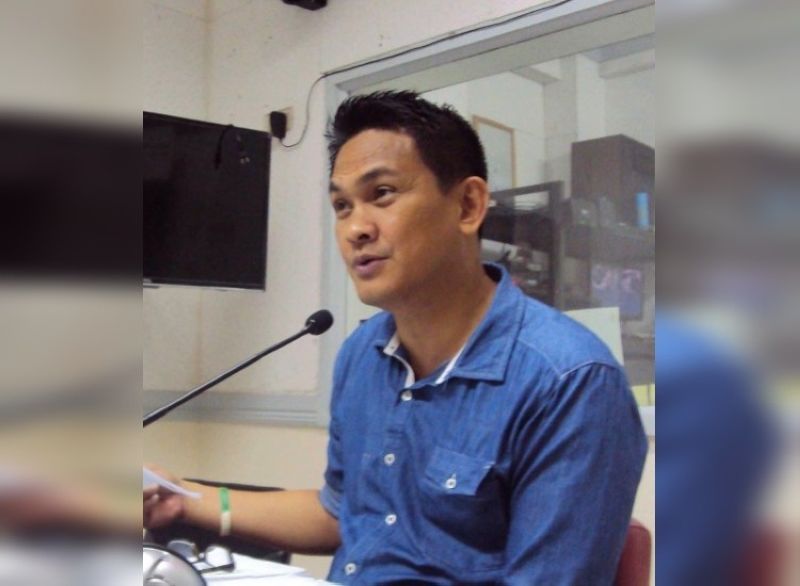 NEGROS. Councilor Wilson Gamboa says no one should take credit on the order of the Energy Regulatory Commission regarding the refund on excess payment of consumers’ electric bills. (File photo)

“TOO late the hero.”

This was the reaction of Councilor Wilson Gamboa, Jr., chairman of Sangguniang Panlungsod Committee on Human Rights, on the letter submitted by Bacolod Mayor Evelio Leonardia appealing to the Energy Regulatory Commission (ERC) to immediately look into the increase in power rates among areas catered by the Central Negros Electric Cooperative (Ceneco).

Leonardia also sought earlier the help of ERC Chairperson Agnes Devanadera regarding the damaged portion of the submarine cable of the National Grid Corporation of the Philippines (NGCP) in Amlan town, Negros Oriental since June 2021 that consequently cut off the island's power supply from Cebu.

On September 23, the ERC directed Philippine Electricity Market Corp. (PEMC) to stop the collection of congestion charges and other applicable charges from customers, including but not limited to line rentals, attributable to the outage of the Cebu-Negros Submarine Cable, until the complete restoration and operationalization of the said transmission line, or until a more applicable pricing and settlement solution is ordered by the commission.

The agency added that it wants congestion charges and other applicable charges attributable to the said line outage and are already collected for the billing months of June to August 2021 to be refunded to the consumers within the period equivalent to the number of months covered by the subject collections.

Further, ERC ordered to defer the payment of congestion and other related charges to generation companies affected by the incident until the complete restoration and operationalization of the said transmission line, or until a more applicable pricing and settlement solution is ordered by the commission.

Gamboa said no one should take credit for the action made by the ERC regarding the collection of congestion and collection charges imposed by the PESM because as early as September 7, consumer members of Ceneco have already issued a manifesto against it.

“We have been demanding for the rebate of the excess payment of our electric bills and have submitted the copies (of our request) to the ERC and the National Electrification Administration,” Gamboa said.

He reiterated that “the initiative was started by several consumer groups and that the mayor was mum on the issue all this time.”

SunStar Bacolod has yet to reach the mayor for his comment on the matter.

Gamboa stressed that only the local government officials of Iloilo have taken their stand on the issue.

Meanwhile, Wennie Sancho, who is the secretary-general of Power Watch Negros Advocates (PWNA), said the electric cooperatives should come up with a mechanism for consumer’s refund.

The electric cooperatives should see to it that the refund should be based on consumer-friendly price, he added.