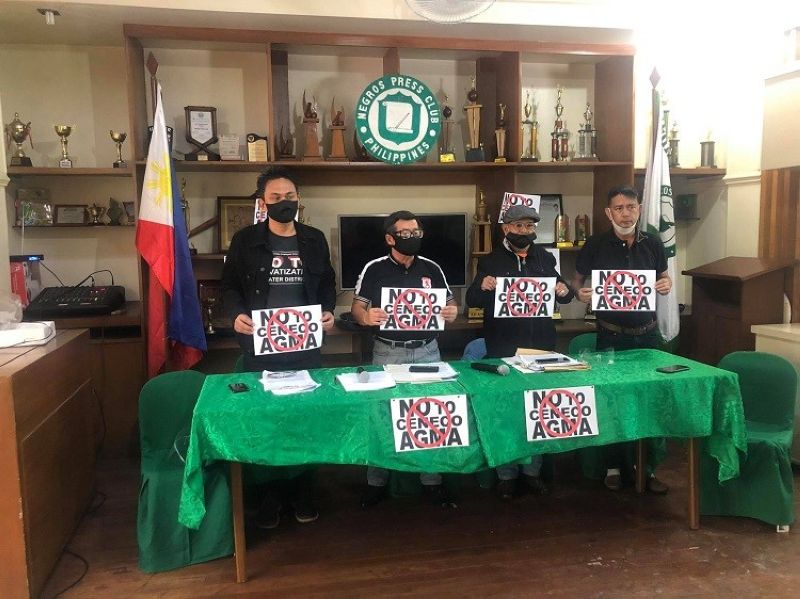 Wennie Sancho, who is the secretary-general of Power Watch Negros Advocates (PWNA), assured Friday that they will abide by the minimum health protocols and will not create any disturbance.

Sancho said he felt bad that he was not invited to attend the Agma to be held virtually.

Aside from PWNA, members of the Utilities Consumers Association headed by Rodolfo Song, Alliance of Concerned Transport in Negros Occidental (Action) of Teddy Macainan and Alliance of Ceneco members consumers led by Councilor Wilson Gamboa are also joining the protest.

In their position letter sent to Ceneco, the groups said they are reiterating their vehement opposition against Agma claiming that it violates basic principle of the parliamentary procedure.

They said the Agma was "hastily, ineptly and badly prepared" and it does not provide processes through which the consumers can discuss and work out satisfactory solutions to the greatest number of questions in the least time.

The group emphasized that the assembly has no quorum, which means, any substantive action taken in the absence of a quorum is invalid since majority vote is normally required.

When adopting a motion to rescind, to amend or ratify something to be adopted, the group said, a vote of majority of the entire membership is required.

Meanwhile, the group, in a letter, told Ceneco management that there is no need for Agma to ratify the economic provisions of the collective bargaining agreement (CBA), particularly on wage increase and other benefits, to make it legal and binding.

They said if the CBA between the labor and management of Ceneco was already signed and concluded by both parties, all they have to do is to register it with the Department of Labor and Employment in the region.

When asked for her reaction, Ceneco President Jojit Yap said they will issue statements regarding the matter on Sunday.

Yap said they are collecting documents to substantiate their position.