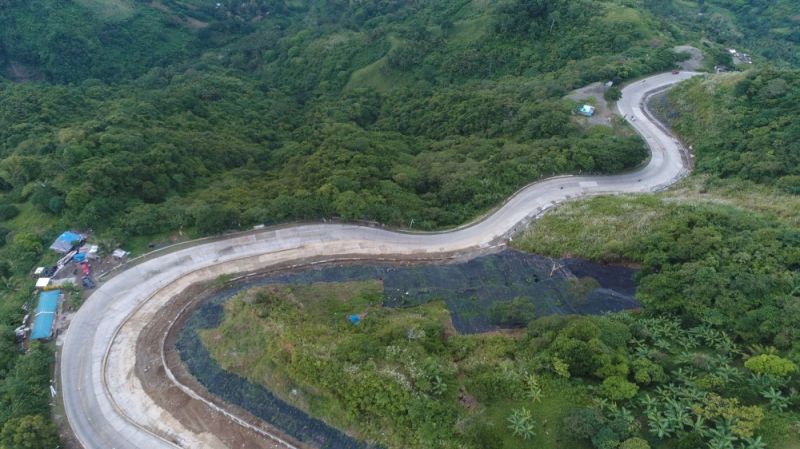 A slide-prone portion of Cebu – Balamban – Transcentral Highway is now much safer with the recent completion of a slope protection project along the road in Barangay Cansomoroy, Balamban, Cebu. (Photo courtesy of DPWH)

DESPITE restrictions brought by the Covid-19 pandemic, the Department of Public Works and Highways’ Build, Build, Build Program was able to provide 1.48 million jobs to Filipinos from March 2020 to August 2021, the public works department said in a statement Friday, September 24, 2021.

“As announced before, BBB will be one of our key drivers towards economic recovery. We are glad that indeed infrastructure projects across the country were able to provide the much-needed livelihood opportunities, more so during this pandemic period,” said DPWH Secretary Mark Villar.

A further 24,560 jobs were generated by projects under the DPWH Unified Project Management Office, the DPWH said.

Villar did not specify the projects that the workers worked on. But in March, the agency reported that it had accomplished P13.6 billion worth of infrastructure in Central Visayas in 2020.

Other projects included those in convergence with other government agencies worth P3.4 billion.

In Cebu, among the projects the DPWH earlier announced that it had undertaken was a P100 million slope protection structure along the road in Barangay Cansomoroy, Balamban, Cebu that provides protection for those plying the slide-prone portion of the Cebu-Balamban-Transcentral Highway. This project was implemented from February to November 2020.

Work on the 1.38-kilometer, two-lane access road began in February 2020, and residents began using the road in January 2021. (CTL with PR)