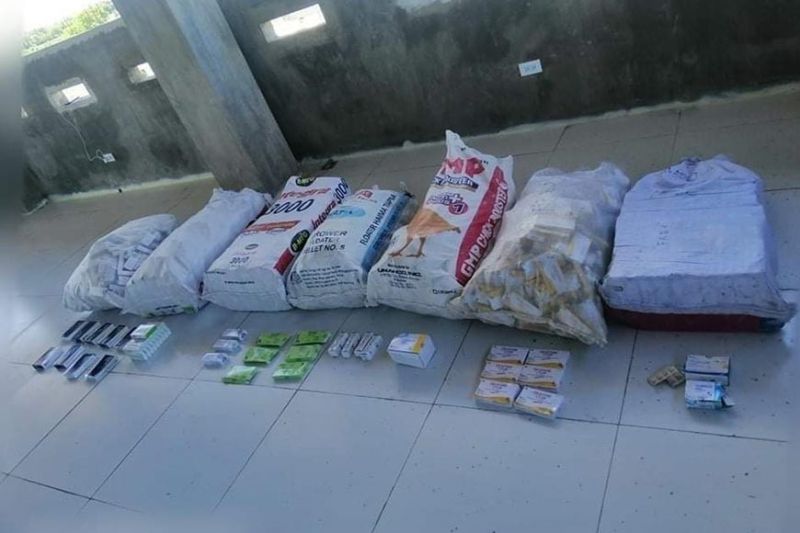 FAKE MEDICINES. Pampanga police were able to recover seven sacks of various medicines believed to be counterfeit from a drug suspect. (Contributed photo)

A SUSPECTED drug peddler who was arrested during an anti-illegal operation in Guagua town, Pampanga yielded sacks of medicines believed to be counterfeit.

Colonel Arnold Ibay, director of the Pampanga police, said the suspect identified as Joy Simon, 47, was initially a target of a buy-bust operation for his alleged involvement in the proliferation of illegal drugs.

During his arrest, police discovered several sacks of various counterfeit medicines inside the suspect's residence.

A total of seven sacks of fake drugs including a sack each of Celecoxib, Cefuroxime, Etoricoxib, Emeprozole and Recombinant Human Erythropoietin, and two sacks of Co-Amoxiclax were recovered by police from Simon.

The suspect was detained at Guagua police station while charges are being prepared for filing at the Provincial Prosecutor’s Office for violation of Comprehensive Dangerous Drugs Act of 2002, Food and Drug Administration Act of 2009, Special Law on. Counterfeit Drugs and Philippine Pharmacy Act.